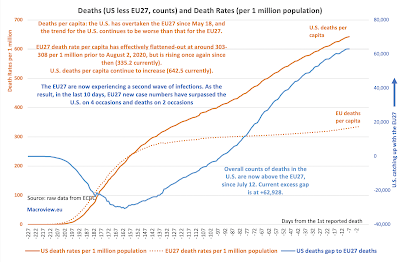 Daily averages for each month of the pandemic are summarized in the table below, while daily counts with 7 days average are shown in the charts: 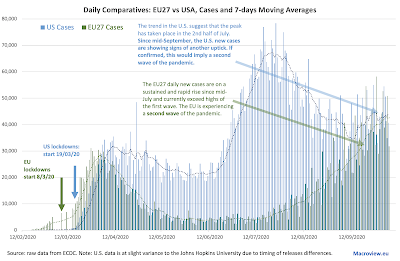 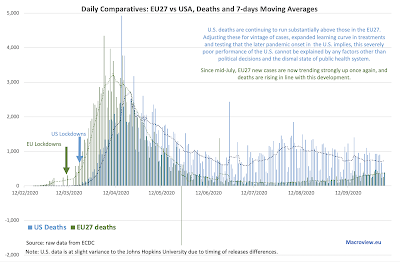 Meanwhile, American leadership is switching to a new strategy in addressing COVID19, called 'Don't Panic: Get Yerself Covided! Suckers!' https://twitter.com/i/status/1313267615083761665. Which totally makes sense for more than 70 million Americans who cannot afford COVID19 treatment without filing for bankruptcy, and another 30-40 million Americans who cannot medically handle COVID19 because of existing conditions.