Based on the ECDC data through October 16, 2020, here are the latest COVID19 pandemic numbers worldwide: 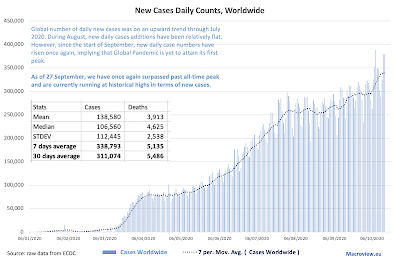 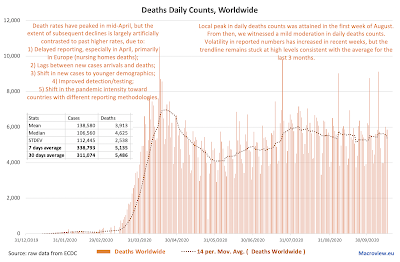 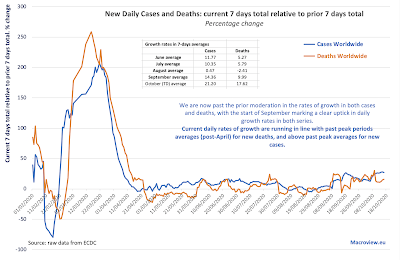 You can see the trends discussed above in the chart: from April through July, we witness sustained case of daily deaths growth rates running below the new cases growth rates. Starting with the fourth week of July, this relationship breaks down.
The above fact suggests that it is too premature to claim that COVID19 pandemic is on track to containment: both cases and deaths numbers indicate that the global pandemic has returned to an accelerating phase of its dynamics,