In two previous posts, I have updated data for COVID19 pandemic through October 16 for:

Now, as usual, EU27 vs U.S. comparatives.
Things are getting once again very serious in Europe, of course, which makes this update a bit of change on prior.
So, let's start with cases and daily deaths: 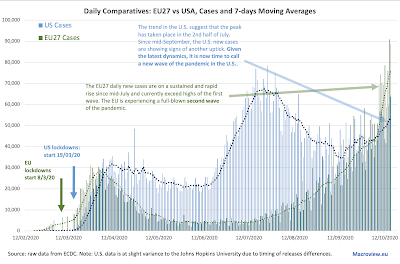 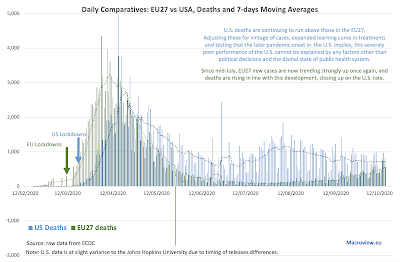 Table below shows averages by month of both deaths and cases: