October PMI data for Ireland is showing serious strains from the pandemic and wave 2 on the economic activity: 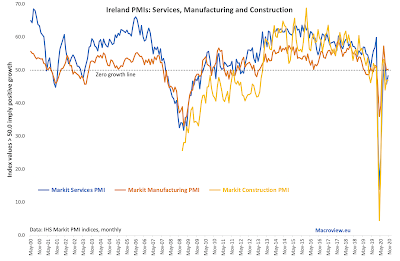 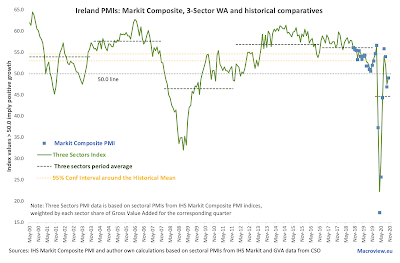 Overall, all PMIs point to a significant weakness in the economy in September continuing into October. Keep in mind that PMIs are effectively cumulative: sub-50 reading in September implies a decline in economic activity relative to August. If this is followed by a sub-50 reading in October, the new decline is being signalled is on already diminished September activity.