BRIC Services PMIs (published by Markit) are finally out, with the last two countries instalments today, so time to look at the Q1 2015 data. And from the top level view, things are not encouraging: 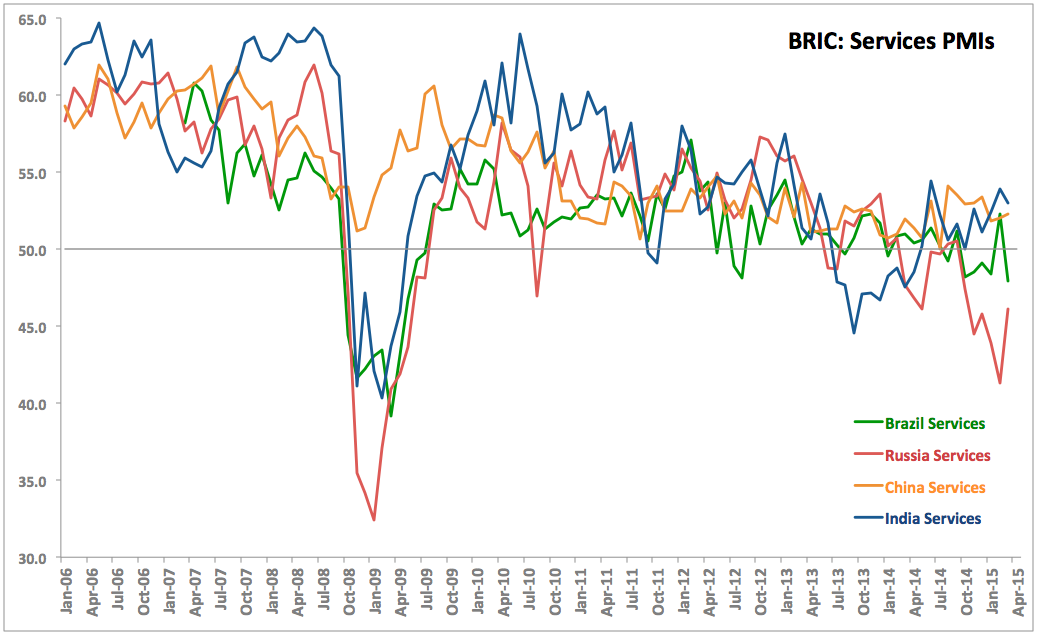 Table below summarises changes in Manufacturing and Services PMIs:

Pooling together Services and Manufacturing surveys data, chart below shows the overall BRIC trend in growth. March came in with a slowdown of overall economic activity across the block of the largest emerging markets economies and this slowdown took place in the already weak growth environment. While the series remain on an upward trend established from the local low attained in July 2013, this trend is no longer convincing and since June 2014, there has been a pronounced downward sub-trend. This does not bode well for the global economy. 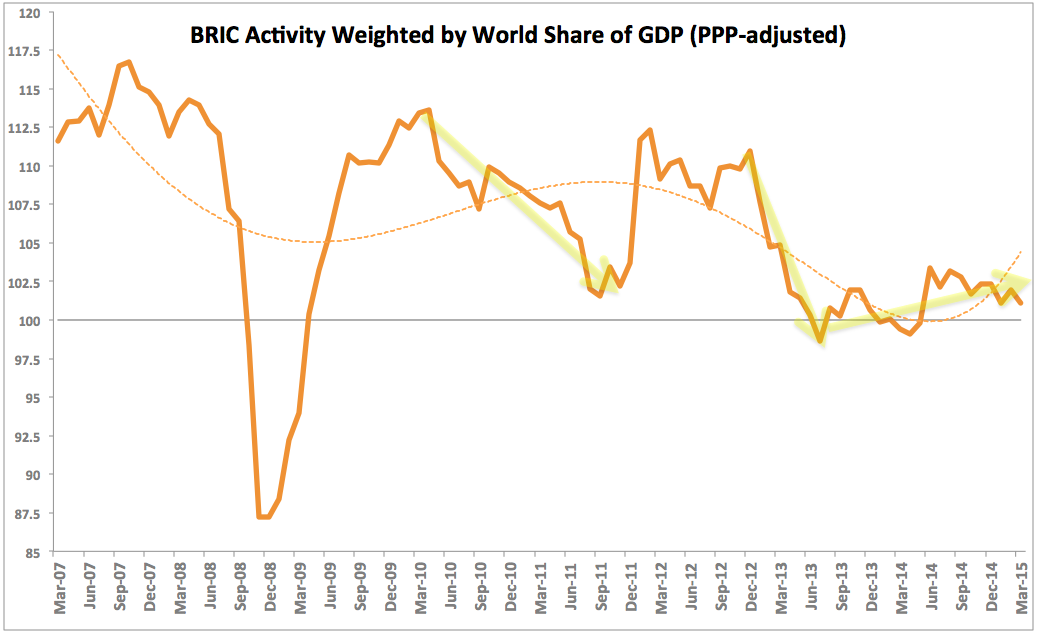