In previous posts, I covered Covid-19 updates for the last week of 2020 for:
In this post, let's take a look at the latest data for the U.S. compared to the EU27. 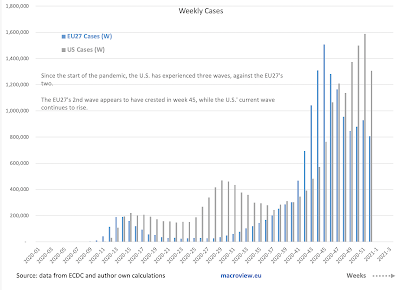 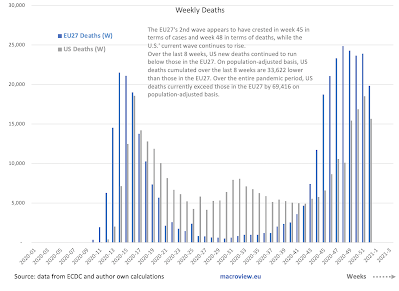 Weekly counts of new cases and deaths, illustrated above, suggest that:
The last point is worth considering more closely: 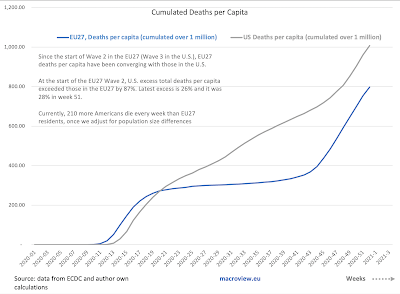 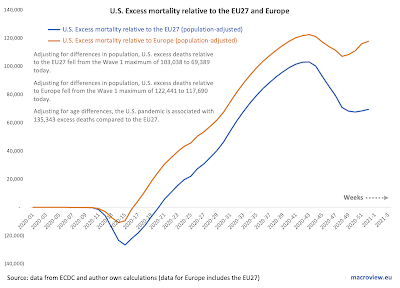 Despite the big negatives, mortality rates have declined for the later waves of the pandemic in both the EU27 and the U.S.: 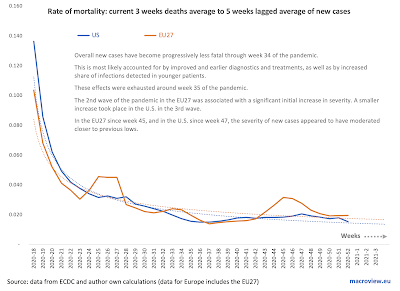 Note: the above chart is not adjusted for demographics differences between the U.S. and the EU27, which means that part of the amelioration in mortality rates in the U.S. relative to the EU27 is down to these differences.
Lastly, rates of change in cases and deaths, both, suggest that the pandemic Wave 2 (in the EU27) and wave 3 (in the U.S.) are still at risk of re-accelerating as new data arrives and as we intergate more accurate figures for Week 52 of 2020: 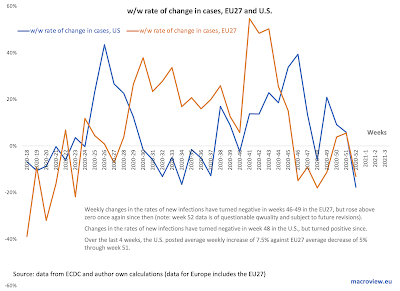 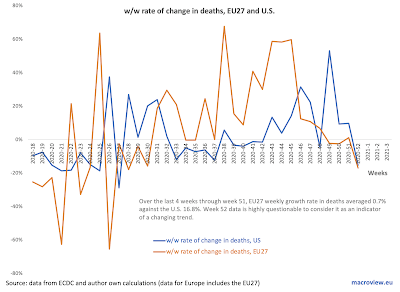 Finally, a summary table for comparatives: 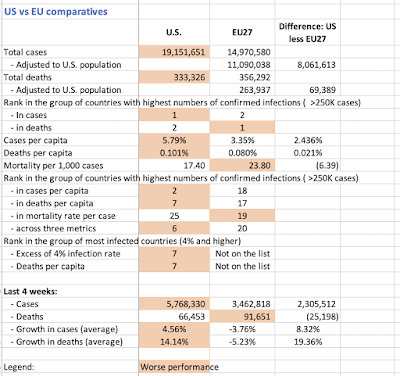 The table above clearly shows the reality of the pandemic impact differences between the EU27 and the U.S. to-date. Through week 52 of 2020, the U.S. performance is consistently worse than that of the EU27 in all metrics, but one: mortality rate per 1,000 positive cases. This only difference is most likely accounted for by the factor exogenous to the pandemic policy responses in the two countries, being down primarily to younger demographics of the U.S. population.