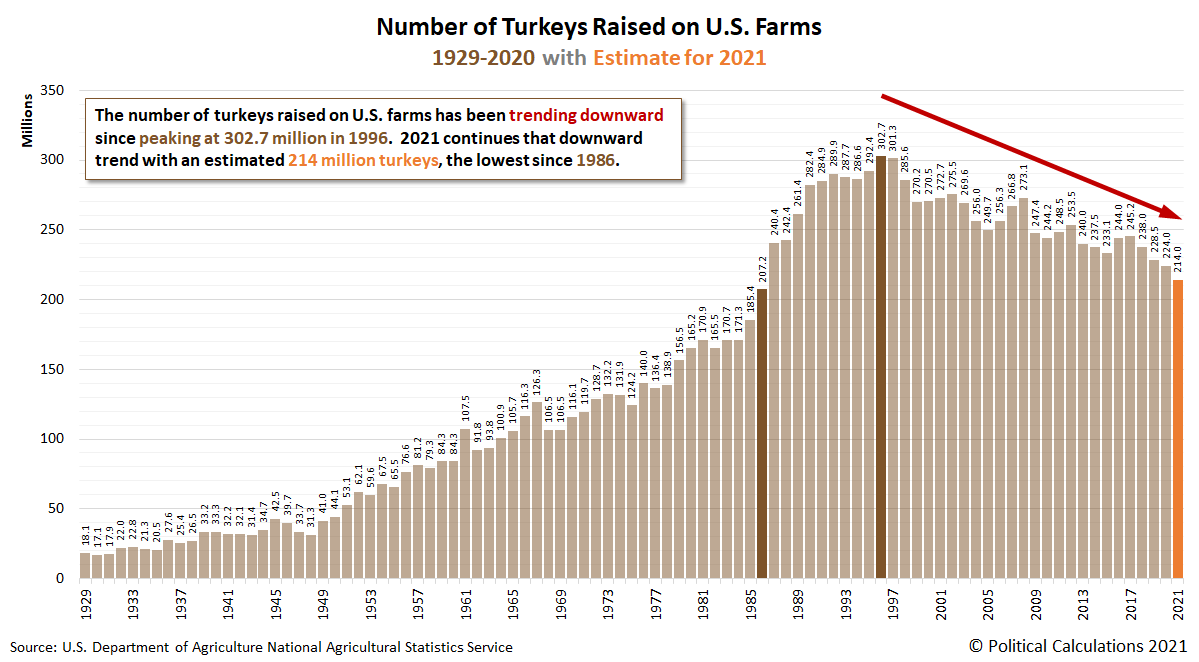 2021 saw the fewest number of turkeys produced on U.S. farms since 1986. Turkey production had soared during the late 1980s and early 1990s thanks to that era's low-fat diet craze, which saw a sharp increase in demand for lean turkey meat.

On a side note, we now have turkey production data going back to 1929!