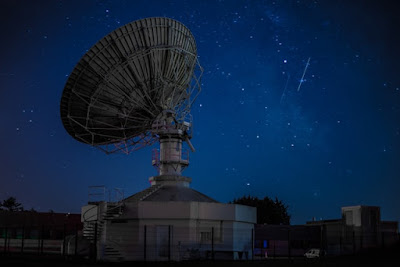 SETI, the Search for Extraterrestial Intelligence, has its roots in late 1959 and early 1960, when astronomer Frank Drake began reviewing data from radio telescopes to see if he could locate intelligent alien life by detecting their transmissions.

Over sixty years later, a privately funded SETI project, Breakthrough Listen, promises to spend some $10 million per year for the next 10 years, or $100 million altogether. The project aims to buy time on radio telescopes in West Virginia and in Australia to survey the one million stars nearest Earth as well as 100 nearby galaxies for signs of life.

But according to game theory, virtually all of that time and money will be wasted. Here's why:

If advanced alien civilisations exist in our galaxy and are trying to communicate with us, what's the best way to find them? This is the grand challenge for astronomers engaged in the Search for Extraterrestrial Intelligence (SETI). A new paper published in The Astronomical Journal by Jodrell Bank astrophysicist, Dr. Eamonn Kerins, proposes a new strategy based on game theory that could tip the odds of finding them more in our favor.

SETI programs tend to use one of two approaches. One is to conduct a survey that sweeps large areas of sky in the hope of seeing a signal from somewhere. This survey approach can quickly generate huge volumes of data that can be very hard to search through comprehensively. An alternative approach is targeted SETI, where the search focuses more intensively on specific star systems where life might exist. This provides more comprehensive data on those systems, but maybe there's nobody there?

Dr. Kerins proposes the use game theory: "In game theory there are a class of games known as coordination games involving two players who have to cooperate to win but who cannot communicate with each other. When we engage in SETI we, and any civilisation out there trying to find us, are playing exactly this kind of game. So, if both we and they want to make contact, both of us can look to game theory to develop the best strategy."

Dr. Kerins dubs his idea "Mutual Detectability." It states that the best places to look for signals are planets from which we would be capable of determining that Earth itself may be inhabited.

Kerins describes which of those systems would be the best for SETI searches to concentrate their resources in his paper's abstract:

Surveys of the Earth Transit Zone for Earth-analog transiting planets around subsolar luminosity hosts would facilitate targeted SETI programs for civilizations who have game-theory incentive to transmit signals to us.

Translating from Astronomerese to English, Kerins recommends focusing on places where Earth-like planets could be found orbiting stars that are dimmer than the Sun. In focusing on this subset of the millions of stars that would otherwise be searched, the probability that we could successfully detect alien scientists seeking to contact other intelligent life in the universe would be greatly increased over that resulting from the approach planned for the Breakthrough Listen project.

Whether seeking intelligent extraterrestrial life might carry high risks remains to be determined. In any case, we think that anyone going out looking for extraterrestrials ought to do it with the least amount of wasted effort and money.

Image Credit: Photo by Lamna The Shark on Unsplash.