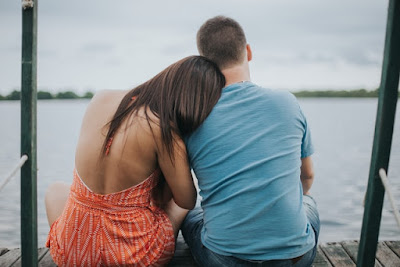 The solution is 37%. But before we get too far ahead of ourselves, we should reveal the question we're answering. That question is "when should you get serious about finding that special someone to settle down with?"

Right now, that answer doesn't make sense, but it soon will. That solution is arrived at through the math of optimal stopping theory, which deals with the problem of finding the right match, whether that be for a new hire, an apartment, a parking spot, the love of your life, or for whatever you have to devote time and effort to learning about what you like most about the supply of available options. What you do is investigate the first 37% of those options without making any commitments, after which, you get serious. As soon as you find the first option that's as good as or better than the best option you previously passed on, you go all in on commitment.

Sounds pretty romantic, right? But how does that work for dating when you have no idea how many people you'll ever date in your lifetime?

Say you start dating when you are 15 years old and would ideally like to settle down by the time you're 40. In the first 37 percent of your dating window (until just after your 24th birthday), you should reject everyone -- use this time to get a feel for the market and a realistic expectation of what you can expect in a life partner. Once the rejection phase has passed, pick the next person who comes along who is better than everyone who you have met before. Following this strategy will definitely give you the best possible chance of finding the number one partner on your imaginary list.

The assumption behind this suggestion is that you expect the first 37% of your prospective maximum dating life before settling down will be similar to what the remaining portion of it would be like. If you dated an average of X people per year in that first portion, you could reasonably expect you'll do the same until you finally find that special someone.

The following tool works out how long that might be for you, based on the ages you enter for when you start dating and the maximum age you intend to reach before meeting your optimal match according to this scheme. If you're reading this article on a site that republishes our RSS news feed, please click through to our site to access a working version of the tool!

The tool's default scenario replicates the math for Dr. Fry's example, but you can set the ages to whatever applies for you. That said, you might be surprised at how soon the tool will suggest you need to get serious about finding your potential mate if you set a really low maximum age.

As a bonus, you can also use the tool for those other kinds of examples, such as finding a house, if you set 0 as the starting age and a value like 91 to represent three months worth of house hunting. In that case, you would have 34 days to sort out what your optimal housing solution looks like, but unlike real life dating, you would have the option of going back to one of your "exes". Assuming that optimal solution is still on the market....