After a strong first quarter, a more mixed situation for the U.S. stock market's dividend-paying companies turning has developed during the second quarter. The following chart visualizes the count of U.S. firms either increasing or decreasing their dividends in each quarter from the first quarter of 2021 (2021-Q2) through the just completed second quarter of 2022 (2022-Q2). 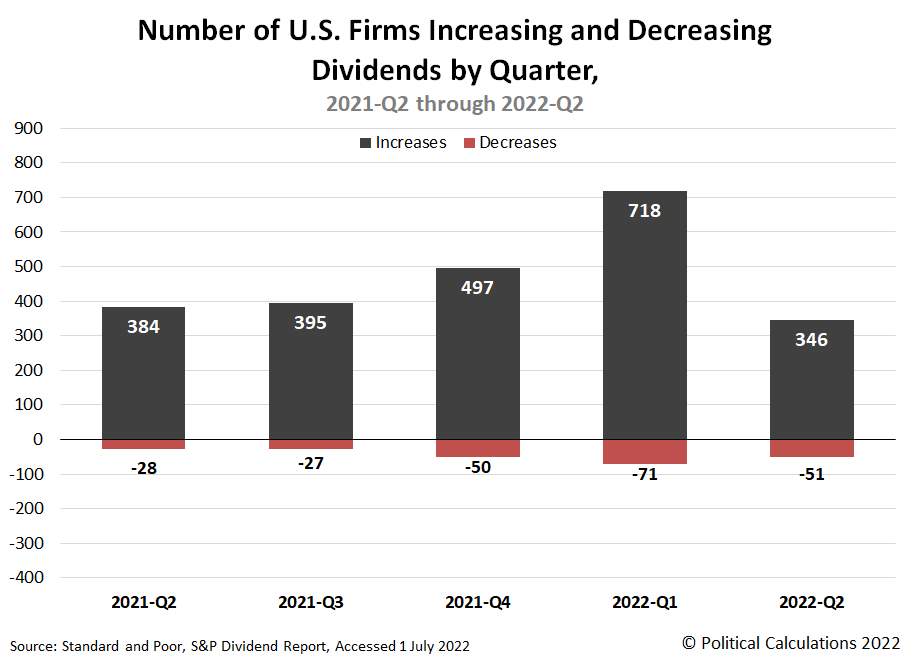 For the good news. At 51 dividend cuts, the U.S. stock market saw twenty fewer dividend reductions announced during 2022-Q2 than it did during 2022-Q1. While that figure is elevated over the year-ago total of 28, it is a sign of improvement in what had been a downward trend.

Now the bad news. 346 firms announced dividend rises during 2022-Q2, less than each of the preceding four quarters. That's also the fourth lowest total seen for all second quarters going back to 2004, which covers the available data. Only the second quarters of the Great Recession era's 2009 and 2010 and the Coronavirus Recession's 2020 have seen fewer dividend increases.

The next chart breaks down the number of dividend increases and decreases for each month from January 2004 through June 2022. 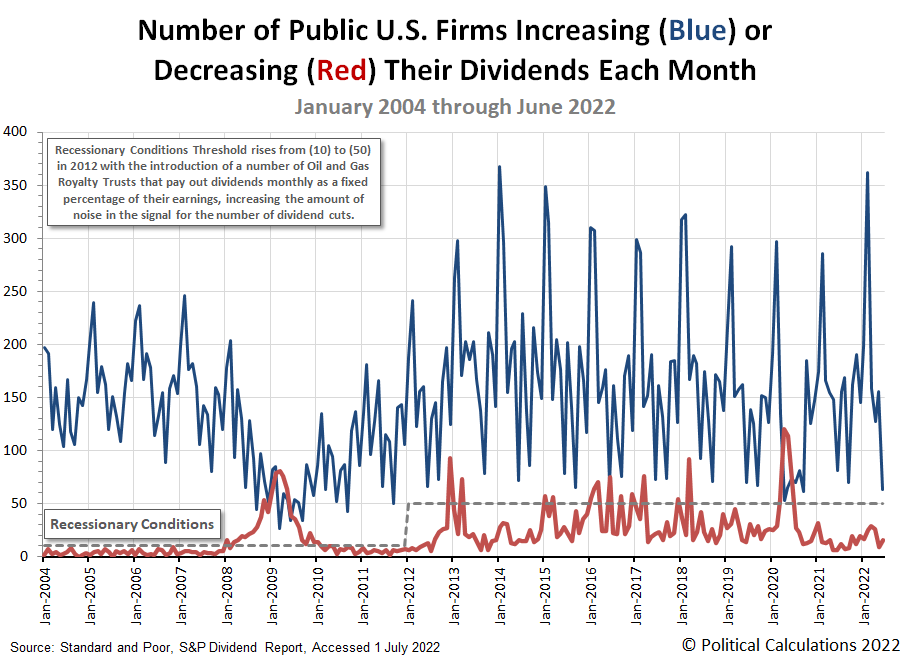 The lack of dividend increases appears due to rising costs for businesses related to President Biden's inflation. The exit question: Is this situation a precursor to recessionary-level dividend cuts being announced in upcoming months?