The Webb infrared space telescope made news with the release of its first high quality images. Among those images is a rather spectacular view of a part of the sky that's featured in the opening scenes of the classic 1946 Christmas movie It's a Wonderful Life.

Here's an image that appears in the film, which features Stephan's Quintet, a group of galaxies located near the constellation Pegasus in Earth's night sky. 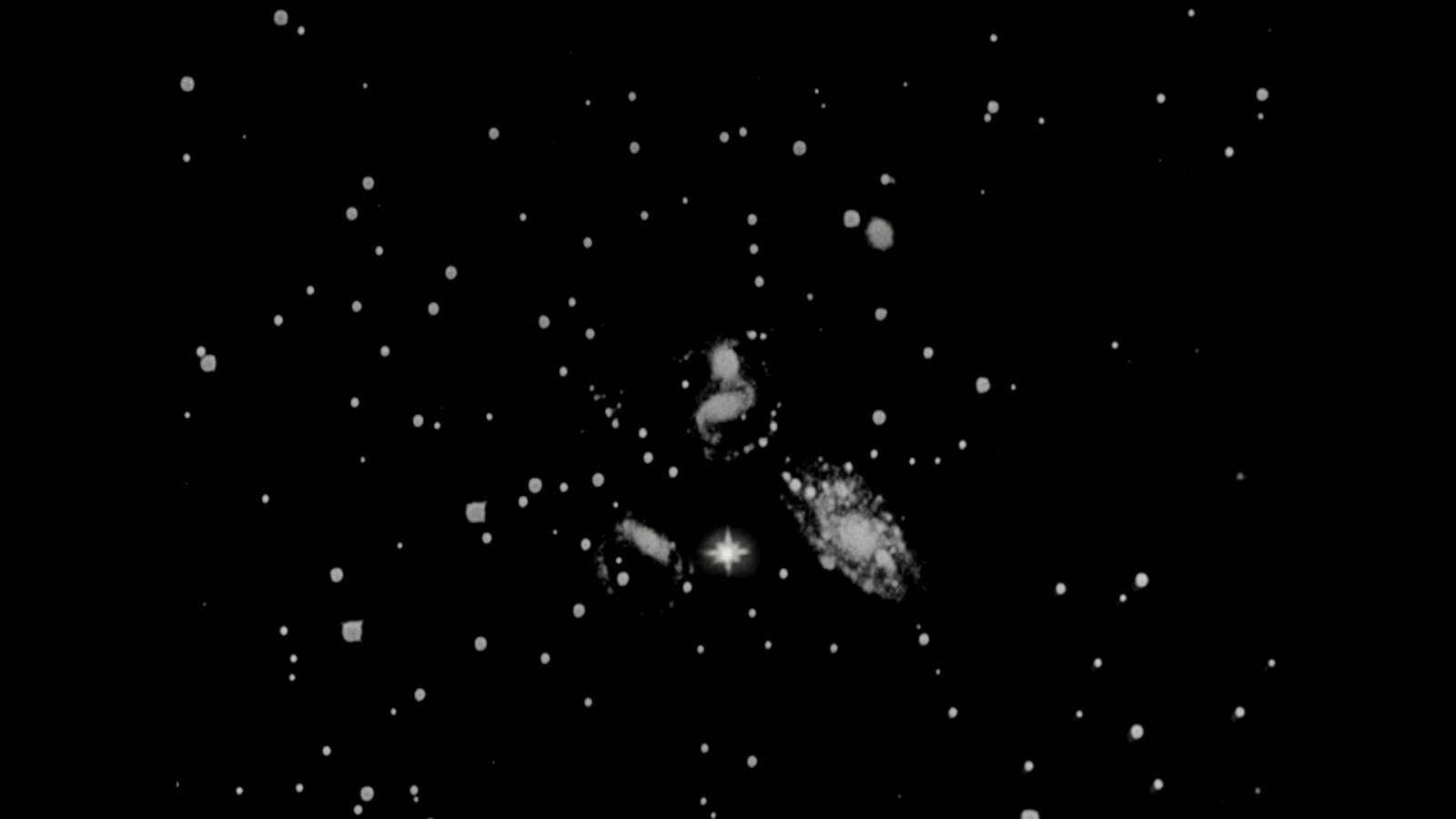 Since several of these galaxies are in close enough proximity to interact with each other, they have been frequently studied by astronomers since their discovery in 1877. In 2007, NASA published the following image taken of the Quintet using the orbital Hubble Telescope, in which the orientation of the Quintet is rotated nearly 180 degrees from how it was featured in the classic movie! 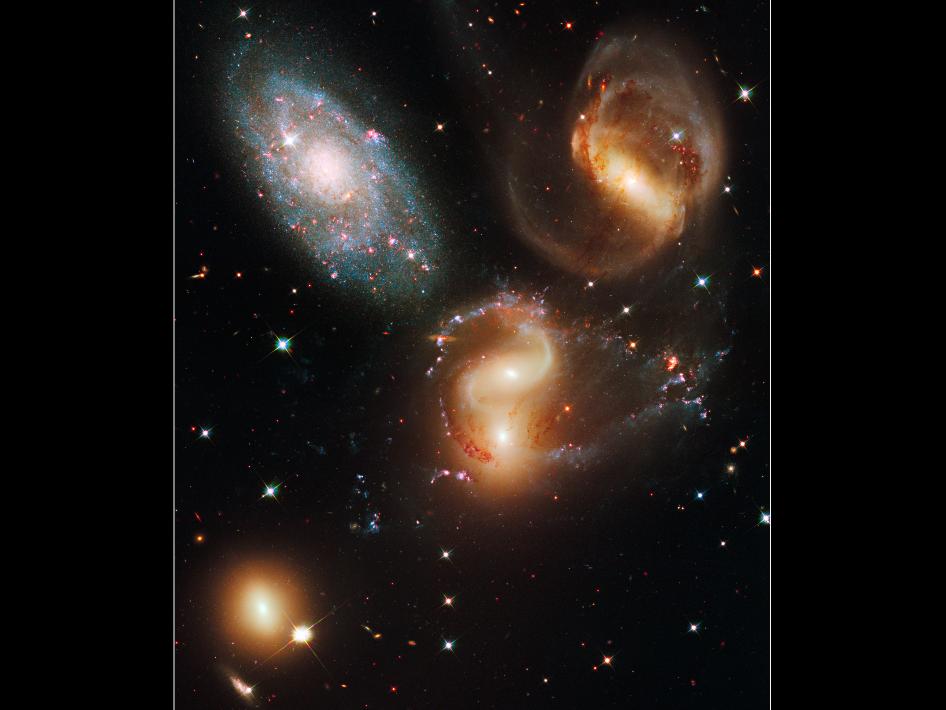 This image had been the highest quality image taken of these galaxies. Until the orbital Webb telescope focused on the cluster of galaxies as part of its first set of high resolution images. The next image shows much more detail than has ever previously been seen. Stephan’s Quintet, a visual grouping of five galaxies, is best known for being prominently featured in the holiday classic film, “It’s a Wonderful Life.” Today, NASA’s James Webb Space Telescope reveals Stephan’s Quintet in a new light. This enormous mosaic is Webb’s largest image to date, covering about one-fifth of the Moon’s diameter. It contains over 150 million pixels and is constructed from almost 1,000 separate image files. The information from Webb provides new insights into how galactic interactions may have driven galaxy evolution in the early universe.

With its powerful, infrared vision and extremely high spatial resolution, Webb shows never-before-seen details in this galaxy group. Sparkling clusters of millions of young stars and starburst regions of fresh star birth grace the image. Sweeping tails of gas, dust and stars are being pulled from several of the galaxies due to gravitational interactions. Most dramatically, Webb captures huge shock waves as one of the galaxies, NGC 7318B, smashes through the cluster.

Together, the five galaxies of Stephan’s Quintet are also known as the Hickson Compact Group 92 (HCG 92). Although called a “quintet,” only four of the galaxies are truly close together and caught up in a cosmic dance. The fifth and leftmost galaxy, called NGC 7320, is well in the foreground compared with the other four. NGC 7320 resides 40 million light-years from Earth, while the other four galaxies (NGC 7317, NGC 7318A, NGC 7318B, and NGC 7319) are about 290 million light-years away. This is still fairly close in cosmic terms, compared with more distant galaxies billions of light-years away. Studying such relatively nearby galaxies like these helps scientists better understand structures seen in a much more distant universe.

This proximity provides astronomers a ringside seat for witnessing the merging and interactions between galaxies that are so crucial to all of galaxy evolution. Rarely do scientists see in so much detail how interacting galaxies trigger star formation in each other, and how the gas in these galaxies is being disturbed. Stephan’s Quintet is a fantastic “laboratory” for studying these processes fundamental to all galaxies.

But wait, that's not all. Ethan Siegel describes the scientific advance the Webb Space Telescope has already made in observing Stephan's Quintet.

Focusing back on the cluster of galaxies itself, however, the various wavelengths of light expose a variety of features inside each of them. In the mid-infrared alone, however, you only see the gas and dust, plus one never-before-seen feature in some of these galaxies: supermassive black holes. The topmost galaxy is active, emitting radiation, as an actively feeding supermassive black hole. The variety of wavelengths over which JWST can observe, even in the mid-infrared, gives us so much information about these objects in mere days that we haven’t been able to uncover with over a century of observations prior to that.

We'll close by pointing to the online tool John D. Christensen created for comparing Hubble and Webb images to show off their relative imaging capabilities. Scroll down the page to see the comparison for Stephan's Quintet - it's remarkable how much more detail, such as much more distant galaxies, appears in the new Webb images. The most stunning difference however is shown for the Southern Ring Nebula, so be sure to check out that comparison while you're on his site!