The latest update of the chart tracking the time-shifted trailing twelve month average of the U.S. new home market cap shows that development. 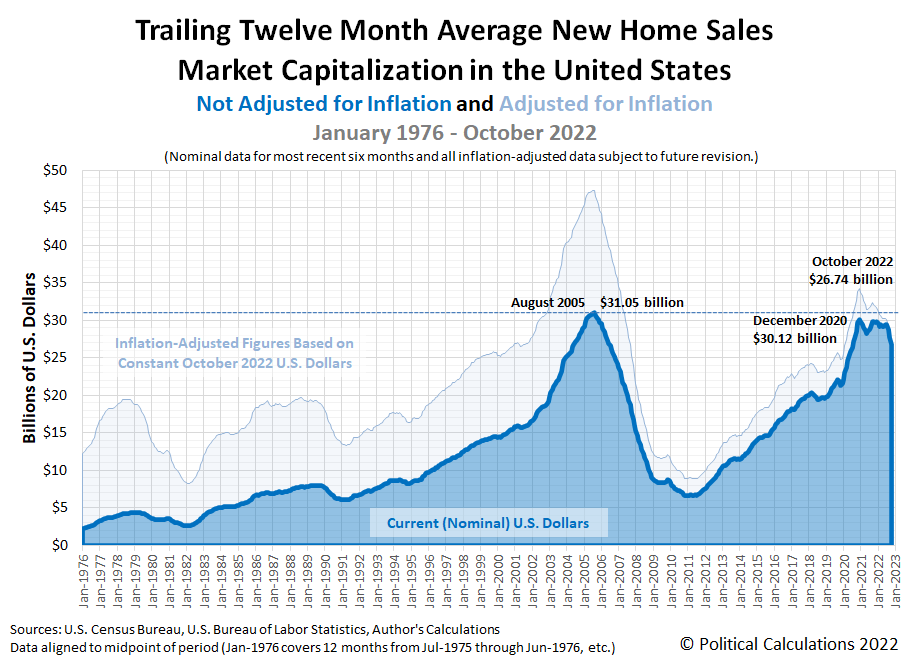 The following two charts show the latest changes in the trends for new home sales and prices: 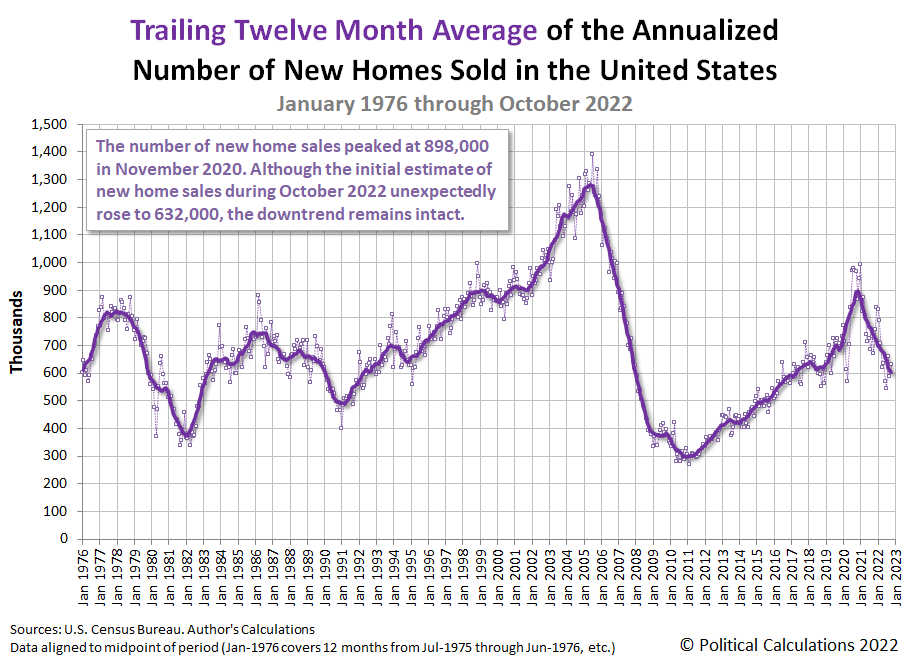 Upward price trend may have peaked: 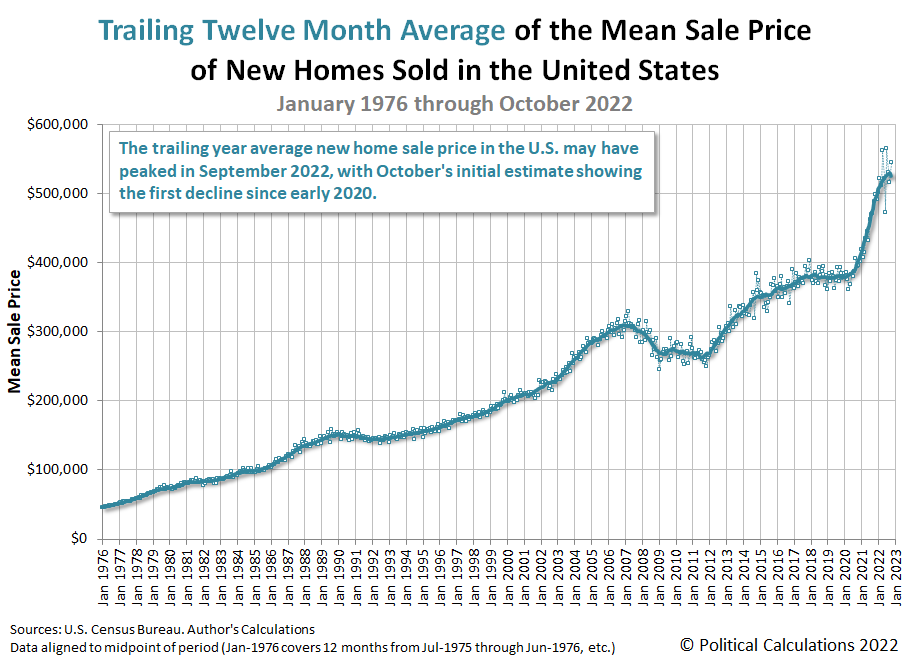 For these time-shifted moving twelve month averages, these changes are being clocked now as older, higher sales and price data from previous months are dropping out of the moving average calculation. There are indications however from October 2022's raw data that the downward trend may be slowing. Here's how Reuters reported an "unexpected" reversal:

New home sales rebounded 7.5% to a seasonally adjusted annual rate of 632,000 units last month, the Commerce Department said on Wednesday. September's sales pace was revised down to 588,000 units from the previously reported 603,000 units.....

Falling sales and now falling prices. There's a reason why the sentiment of new homebuilders has reached a decade low. After all, the last time the industry's market cap was falling at a similar pace was during the deflation phase of the early 2000s housing bubble.