According to the U.S. Census Bureau, March 2015 was an especially remarkable month for imports coming into the United States. Looking at the year-over-year growth rate of the value of goods that the U.S. imports from China, that's something of an understatement: 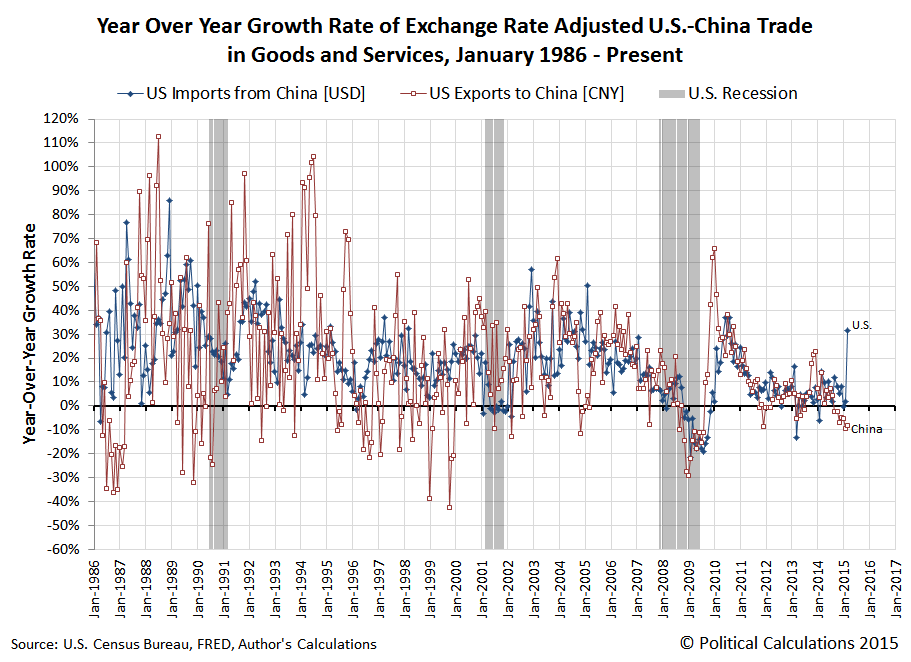 Now that's what we like to call an anomaly!

As it happens, there's a very simple explanation for it: a labor dispute affecting goods being shipped through the U.S. west coast's ports led to a tremendous backup of goods coming into the U.S., as union members greatly slowed down their unloading of incoming container ships in January and February 2015 during the dispute.

However, when that dispute was settled in late February, they had to greatly increase their activity to clear the backlog of goods that had built up outside the U.S.' west coast ports, many of which had originated in China.

That data then allows us to confirm that China's economy remains mired at levels that are consistent with economic recession, as that nation's economy would appear to have as yet enough unused capacity and inventories to meet its domestic demand without having to draw in higher levels of imported goods.