The €-coin index of growth indicators for Euro area published by Banca d'Italia and CEPR posted another rise in April, marking the fifth consecutive month of increases. Eurocoin printed 0.33 in April, up from 0.26 in March. Per Banca d'Italia, "the indicator was mainly buoyed by the increase in industrial production and rising share prices." In other words, welcome to the marvels of QE. 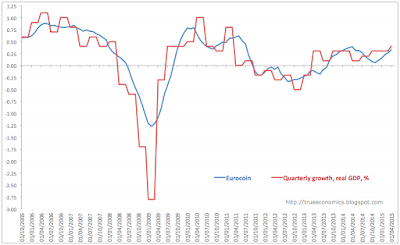 The monetary policy remains firmly lodged in a low-growth, low-inflation corner, while rates are at their zero bound: 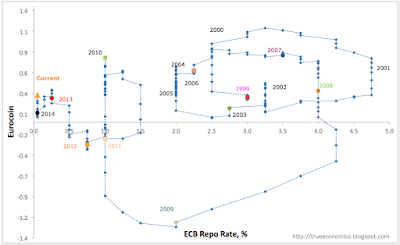 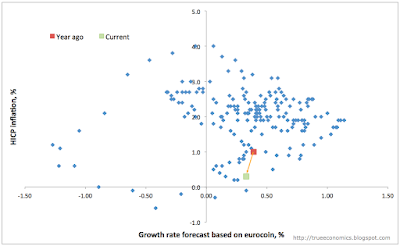 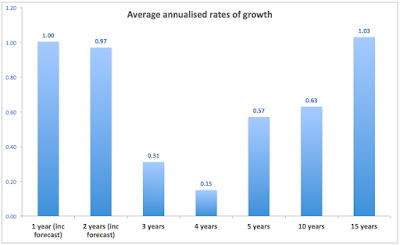 This is hardly impressive, since historical growth records for the Euro area are exceptionally anaemic and current major monetary policy push for growth should be expected to drive rates of growth much higher. This is not happening so far.

But actual PMIs are a more upbeat: 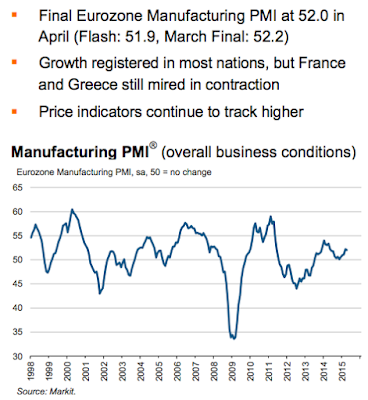 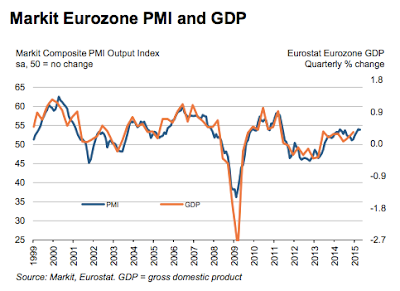 While Consumers continue to stay away from the shops: 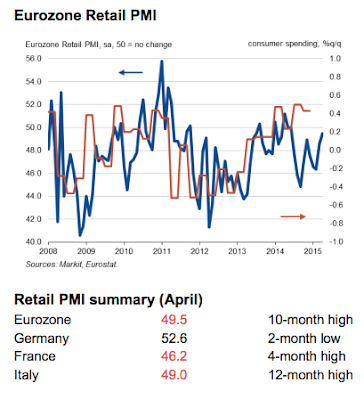