Some good news on Irish retail sales side for April with latest CSO data showing seasonally adjusted core (ex-motors) sales up 2.65% m/m in April in Value terms to 100.6 index reading - the highest since September 2008. Remember - value series have been lagging far behind the volume series. April 2015 m/m increase comes after 0.31% contraction m/m in March and is a strong signal of a positive momentum returning to the sector.

Volume series continued to perform strongly, jumping 3.07% m/m in April after disappointing 0.65% drop in March. The series now stand at 110.7 which is the highest since July 2007. 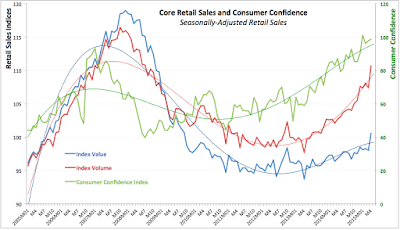 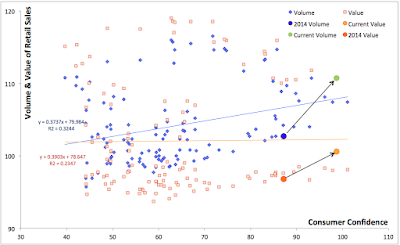 3mo MA for Value of core retail sales is up 0.95% compared to previous 3mo period and Volume series 3mo average is up 1.78%. Both series posted declines in 3mo average in March. 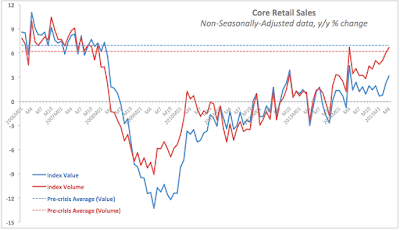 Couple of points of continued concern:


On the net, however, the figures are healthy and strong, and very encouraging.