According to Standard & Poor's Monthly Dividend Action Report [Excel Spreadsheet], in May 2015, 21 U.S. companies acted to cut their dividends. That's three more than did in April 2015 and a clear sign that recessionary conditions are still present in the U.S. economy. 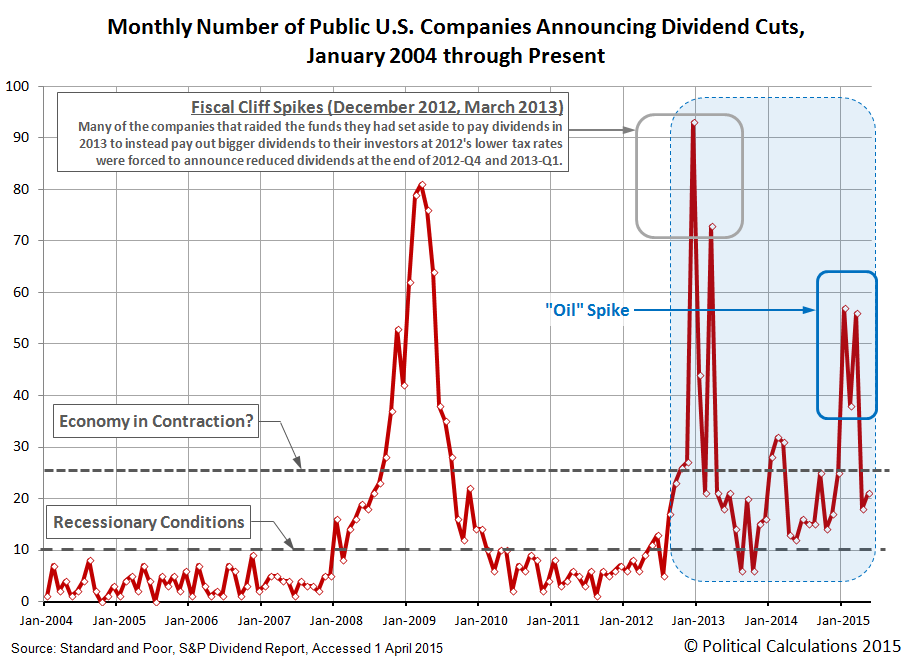 For those who insist that winter weather was a significant factor dragging down the entire first quarter's GDP, or that the Bureau of Economic Analysis' seasonal adjustments for the first quarter in the U.S. are somehow responsible for that quarter's negative GDP figure, the number of dividend-cutting companies says otherwise. They also say that 2015-Q2 is shaping up to be better than 2015-Q1. And since we were virtually the only observer of the U.S. economy to correctly forecast that 2015-Q1's GDP would be recorded as negative, in large part because we pay attention to the number of companies that announce dividend cuts each month, that's probably something that so-called "Blue Chip" and Federal Reserve forecasters can stand to learn to do as well, if getting economic forecasts right is somehow important in any way.

What's more, they also say that the last two weeks have been the best weeks of 2015, by far. So good, in fact, that the cumulative number of U.S. companies cutting their dividends has fallen behind the pace that was being set in the first quarter of 2015. 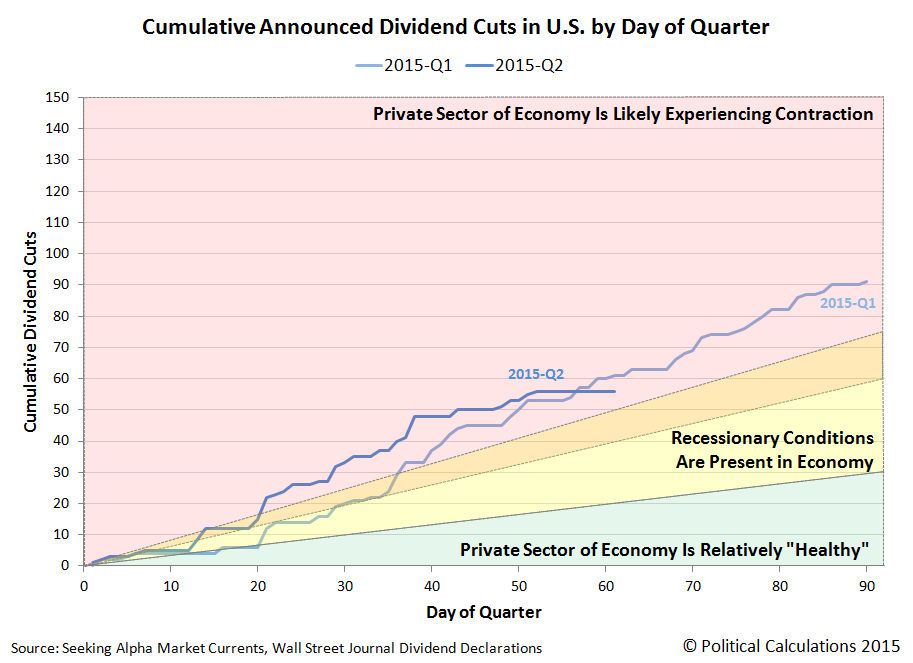 That doesn't mean that the U.S. stock market is about to take off however. At present, it would appear that investors are progressively shifting their focus away from the current quarter of 2015-Q2 in setting stock prices to instead make their investment decisions in more and more accordance with the expectations associated with 2015-Q4, where most of that transition has occurred in the last week. 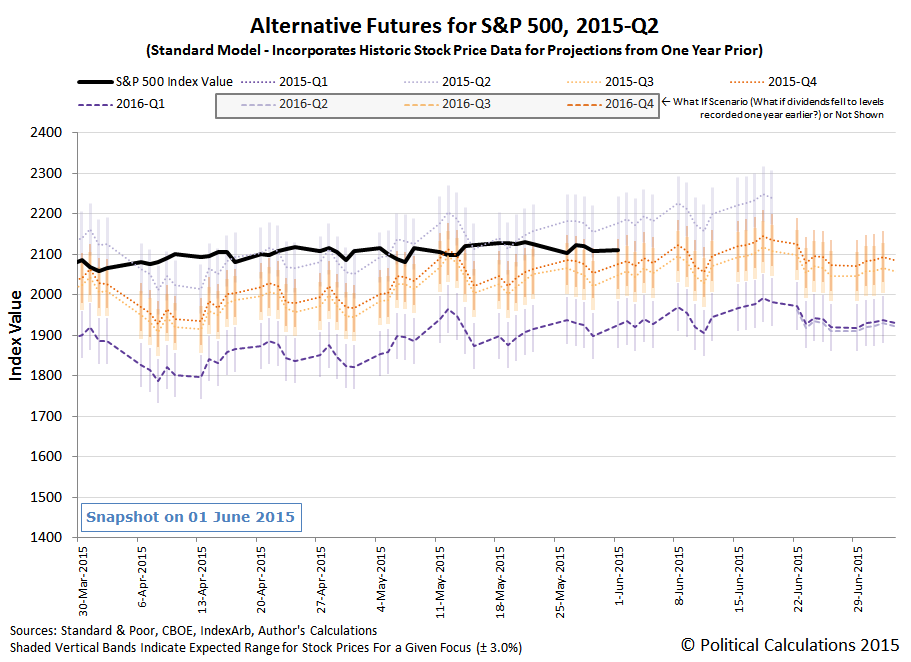 That's understandable since that's fits the recent conventional wisdom that the Fed will wait until its December meeting to finally begin implementing its plan to start hiking short term interest rates. As you can see in our chart showing each of the alternate futures that stock prices might follow depending upon which point in the future that investors fix their attention, that transition is consistent with stock prices either moving sideways or slightly higher. Pretty much in keeping with what our forecast has been for the year to date.

Going back to the evidence of dividend cuts, what we see now is consistent with a U.S. economy on track to experience a sluggish-to-slow positive growth rate in 2015-Q2. As for where distress was to be found in the U.S. economy of May 2015, it predominantly remains small firms in the oil, gas and mining industries that are being most negatively impacted. Here is the full list we recorded from Seeking Alpha's Market Currents reports and the Wall Street Journal's Dividend Declarations reports.

There are two trading entities who were recorded as having cut their dividends in May 2015 that likely were not included in S&P's official count: AmTrust Dep. Pfd. C, a preferred stock, and China Yuchai, a China-based company whose stock trades on the NYSE.

Noting those two "false positives", we believe we've fully captured all the firms that acted to cut their dividends in May 2015. And speaking of how good the last two weeks have been, no U.S. companies have announced dividend cuts since 21 May 2015.