The single best measure of the relative state of the U.S. economy when it is experiencing some degree distress is perhaps the number of publicly-traded U.S. companies that announce they are cutting their dividends each month. Through 12 June 2015, that indicator suggests that the U.S. economy has taken a positive turn beginning in May 2015, which we can confirm because the cumulative number of dividend-cutting firms in the U.S. in the second quarter of 2015 is now coming in quite a bit lower than the pace that was established in the first quarter, which experienced negative GDP growth: 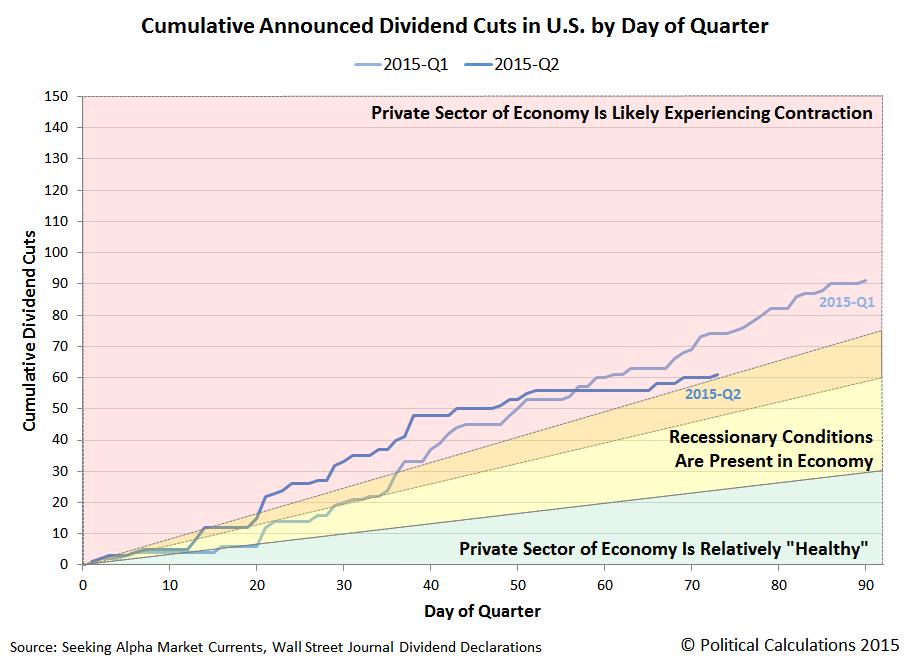 But you wouldn't know that's the case from the U.S. stock market, which has basically been slipping sideways or only slightly moving higher throughout the whole second quarter of 2015: 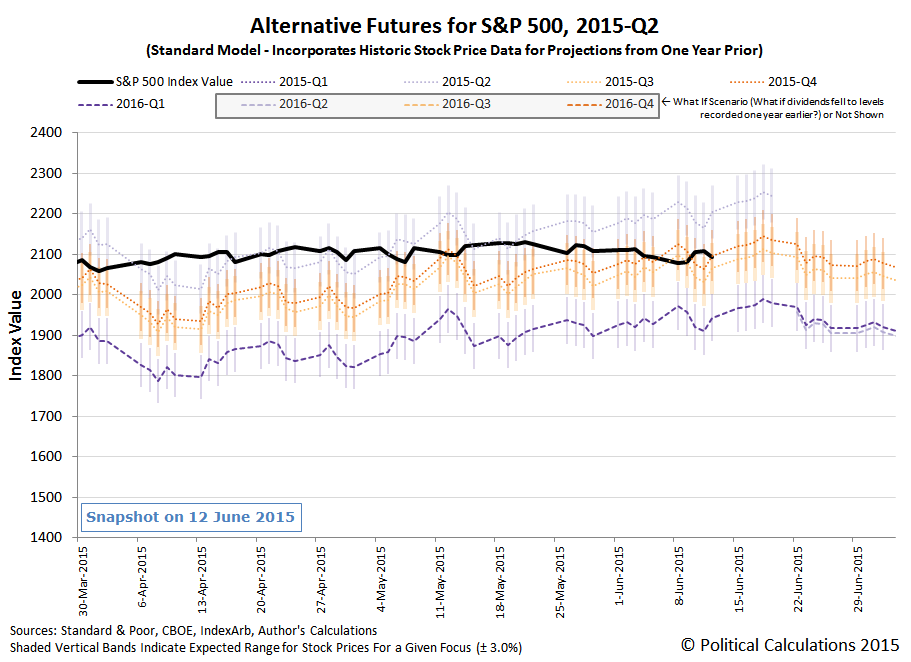 The reason why the market has been moving sideways has to do with the complex nature of how stock prices work (described in math here), but in a nutshell, the explanation is this - while the U.S. economy is indeed performing better than in the first quarter of 2015, it hasn't translated into a robust improvement in the outlook for cash dividends expected to be paid out in future quarters.

Instead, the change in the year-over-year growth rates for each of the future quarters for which we currently have data (2015-Q3, 2015-Q4 and 2016-Q1) is such that stock prices are such that when we translate those expectations into the likely trajectories that stock prices are likely to follow, we find that they are much more likely to either continue moving sideways or to fall than rise, with the actual trajectory dependent upon the future point in time to which investors fix their attention.

That forward-looking focus appears to have become highly correlated with the U.S. Federal Reserve's plans for hiking short-term interest rates in the U.S. Here, the timing of when that might begin to happen has become a key driver for U.S. stock prices.

At present, the dynamics of that factor are as follows:

The wild card in this is that we do not yet know what the expectations are for dividends in 2016-Q2. We'll know more about what the stock market future associated with that quarter sometime next week.