Now, let's take a look at Services PMIs and Composite.

Summary of changes across both Manufacturing and Services PMIs is provided below:

And chart for Services PMIs illustrates: 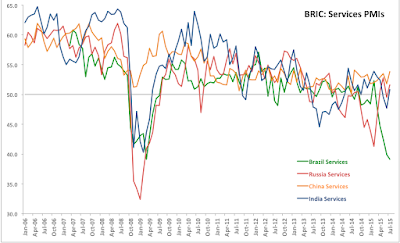 Overall, BRIC activity as contributor to global growth has improved, remains weak. In June, the BRIC group of economies was contracting and exerting downward pressure on global growth. However, in July, they made a positive contribution, albeit extremely shallow. 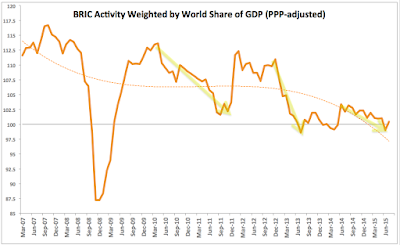 In recent months, it has become customary for BRIC economies analysts to suggest that Russia is the weakest component to BRIC activity. However, while this assertion was true through 1Q 2015, it is no longer holding since then: 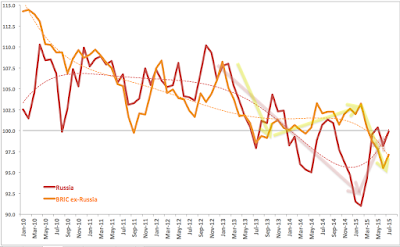 This, however, is of little consolation to an economy in a recession.