Going into Wednesday, 28 January 2015, investors had believed that the Fed was likely to indicate that the U.S. economy was performing solidly enough that it would begin to implement its plan to hike short term interest rates before the end of 2015-Q2 in June 2015.

In fact, when the Federal Reserve's Open Market Committee released its statement following the end of their two day meeting, that was the first impression that investors had, as stock prices spiked upward just after the statement was released at 2:00 PM.

But then, they kept reading past the first several sentences and reset their expectations accordingly given what the Fed was really saying.... 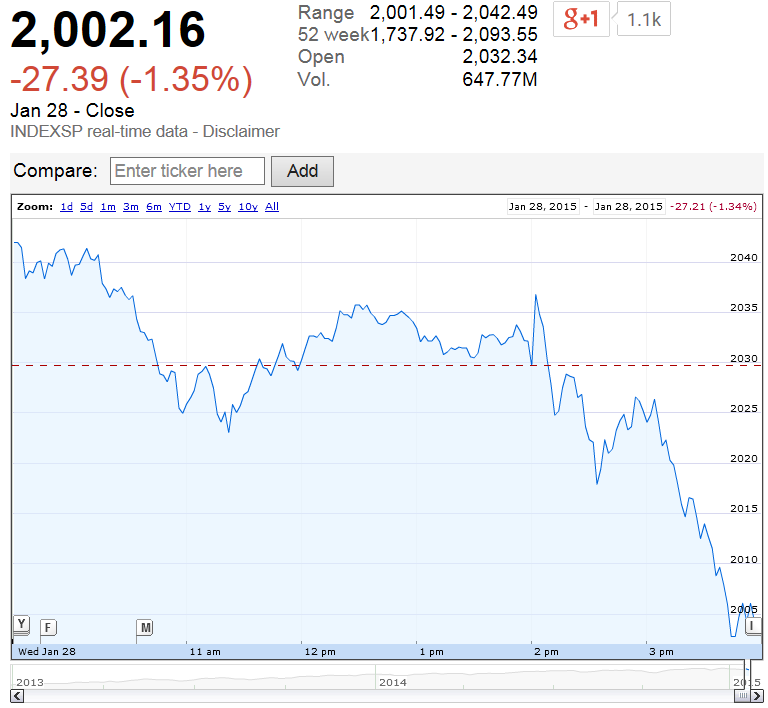 What the Fed was really saying is that they still expect to start hiking short term interest rates in 2015, but they won't start by the end of 2015-Q2 as they had previously indicated. Given their concern for the substantial decrease in the growing rate of inflation, the Fed effectively directed investors to refocus their rate hike expectations toward a more distant point of time in the future. 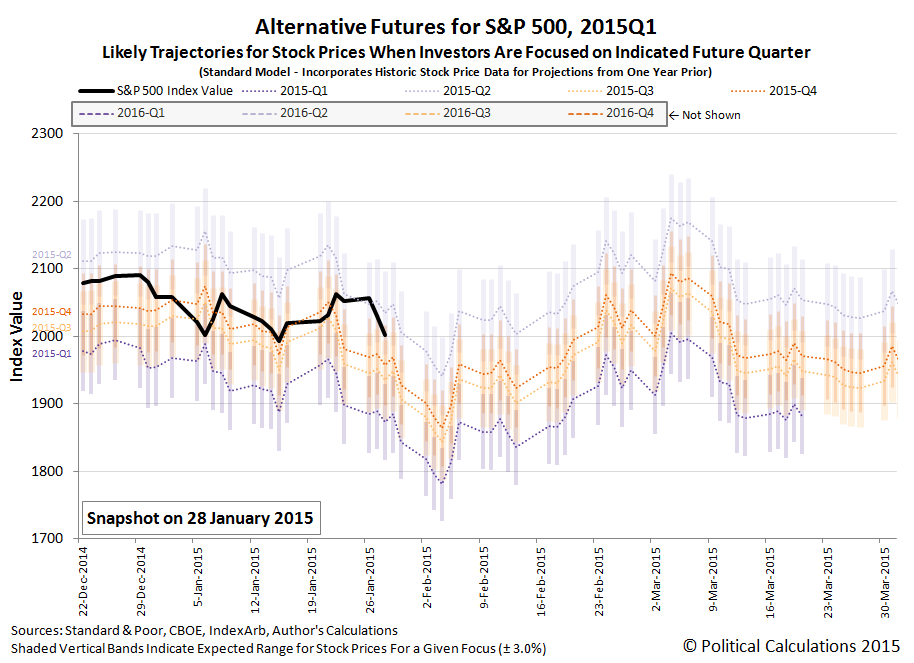 And that's why stock prices fell, because the expectations that coincide with the Fed's decision to continue to be patient mean that the future they expect for the U.S. economy is not as bright as it would be if they were to begin hiking interest rates sooner.

In effect, the Fed has moved the goalposts for investor expectations. And in doing so, has sent stock prices to follow a lower trajectory than they otherwise would have followed.