With much of hullabaloo around it, the Retail Sales figures for July were published today. The CSO headline on the matter read: "Retail Sales Volume increased by 11.6% in July 2015". Which is, of course, correct... to a point. The figure references sales inclusive of automotive sales. And it references volumes of sales. 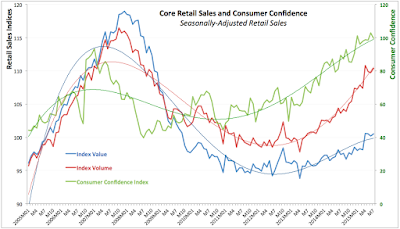 As can be seen from the chart above, there is now divergence in the series for Value (rising slower) and Volume (rising faster) of core retail sales. This, with Value of sales running now persistently above the trend (suggesting risk of downward correction in the future), whilst Volume series running along the trend. Volume is converging with Consumer Confidence, while Value is diverging. Closer look at the latter next: 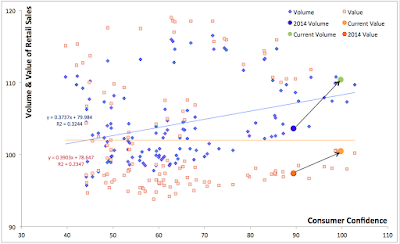 And now to y/y data based on unadjusted series: 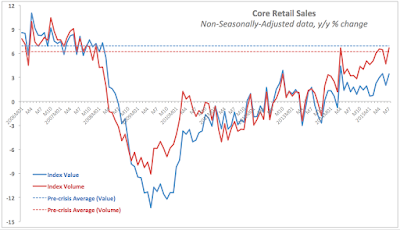 Per data charted above y/y changes were:


Good news is that on 3mo average basis, May-July 2015 figures were 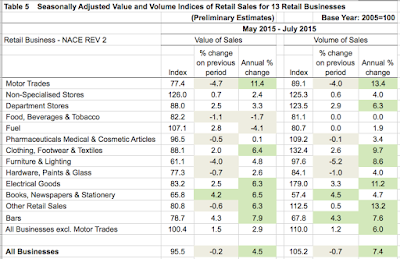 Thus, overall, there are some good news in the retail sales figures. Do they warrant a huge wave of congratulatory backslapping exercises in the media? No. Do they warrant much of optimism that the sector is experiencing a big revival? Not exactly.