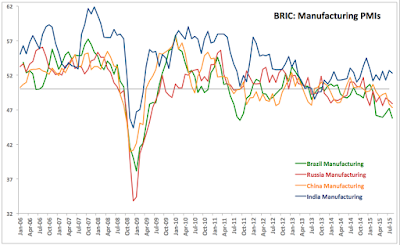 Summary view: Overall, BRIC Manufacturing PMIs signalled deepening of the ongoing economic growth slowdown in the largest emerging economies. We will need to wait for the analysis of Services and Composite PMIs to confirm this, but August has been a disappointing month for the prospects of global growth recovery.