Much has been said recently about the need for normalisation in the policy rates environment (in plain English - the need to hike interest rates off zero bound) and much has been inked about the feasibility of such normalisation. So the latest G30 intervention on the subject is both banal and late in timing.

But, as posted by @Schuldensuehner a few minutes ago on twitter: 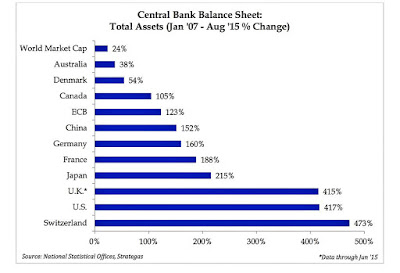 Which is basically telling us two things: