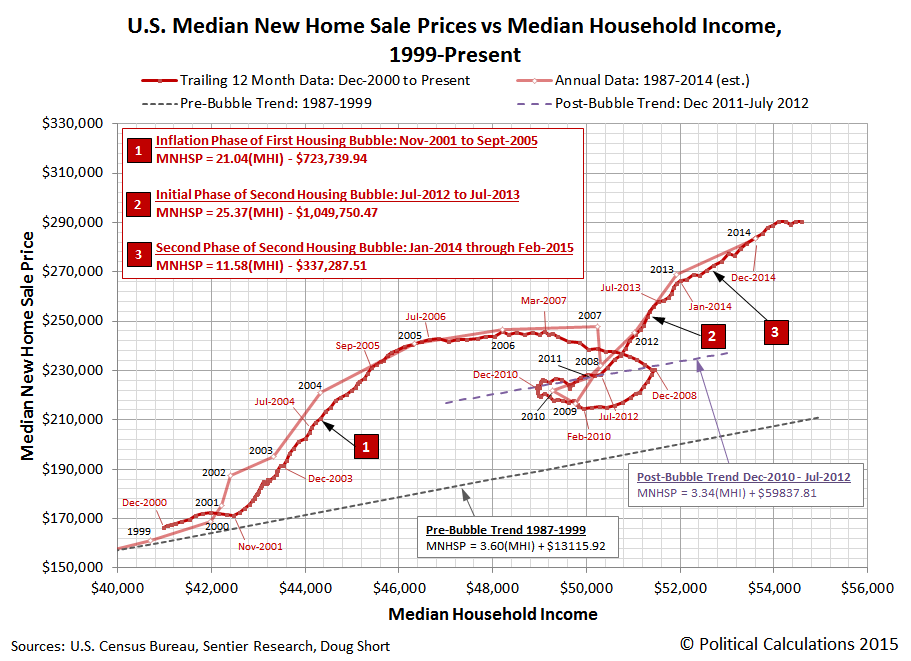 While that combination indicates that new homes are becoming relatively more affordable for the typical American household, we can't also help but notice how similar the current trend is to the nine month-long period from July 2006 through March 2007, which saw the final topping of the first U.S. housing bubble before it fully entered into its deflation phase.

Unlike that period however, the number of sales of new homes in the U.S. is currently rising - not falling. The chart below shows our calculation of the effective market capitalization of the total U.S. new home market, as adjusted for inflation to be in terms of constant August 2015 U.S. dollars. 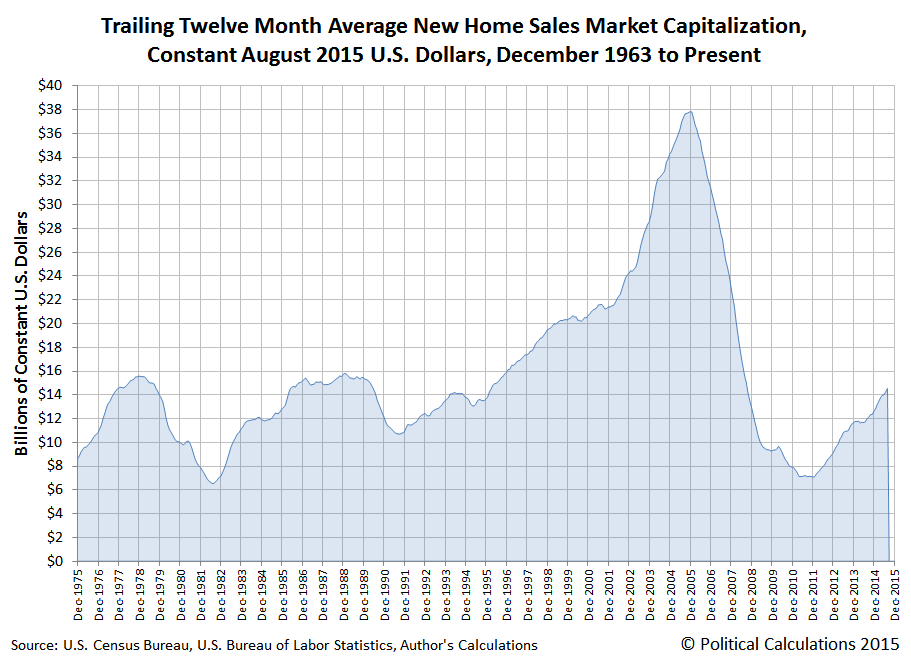 So from that perspective, it's completely different! And considering how elevated median new home sale prices are with respect to the long term relationship between median household income, that those prices are moving sideways actually represents a positive development for the very slowly recovering U.S. real estate market.