Normally, we take a look at the year over year growth rates of U.S. exports to China and China's exports to the U.S. once a month, mainly because it gives an indication of the relative health of both nations' economies, but since the latest data from September 2015 really doesn't tell us anything different from what we saw in the data for August 2015, we're going to let that analysis ride for now and look at the underlying data a little differently.

Specifically, we're going to focus on the U.S.' exports to China, which is beginning to look suspiciously like an S-shaped logistic growth curve: 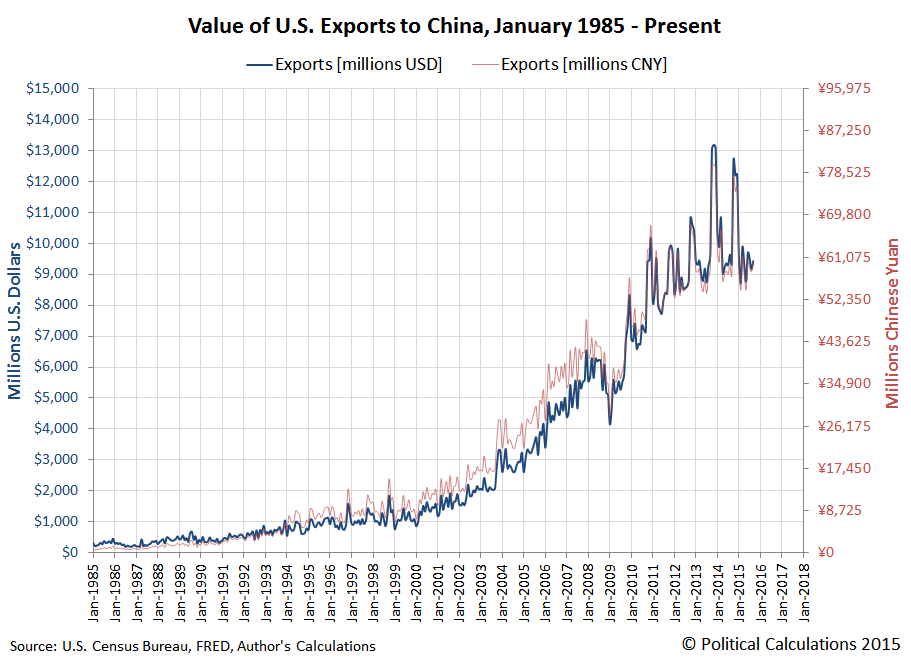 That's significant because logistic functions are often used in applications such as biology, where they can predict how the growth of a population changes as it goes from having plentiful resources to when those resources become too limited to allow continued growth.