One interesting relationship in recent weeks has been flashing red: the relationship between annual nominal GDP growth rates for the U.S. and the reported growth rates in corporate profits for non-financial corporations. 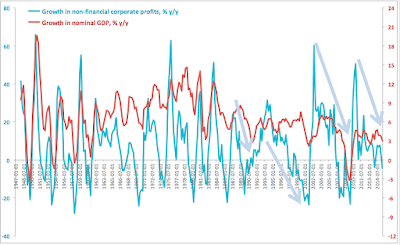 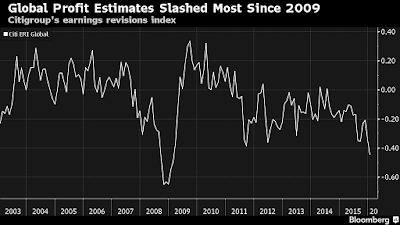