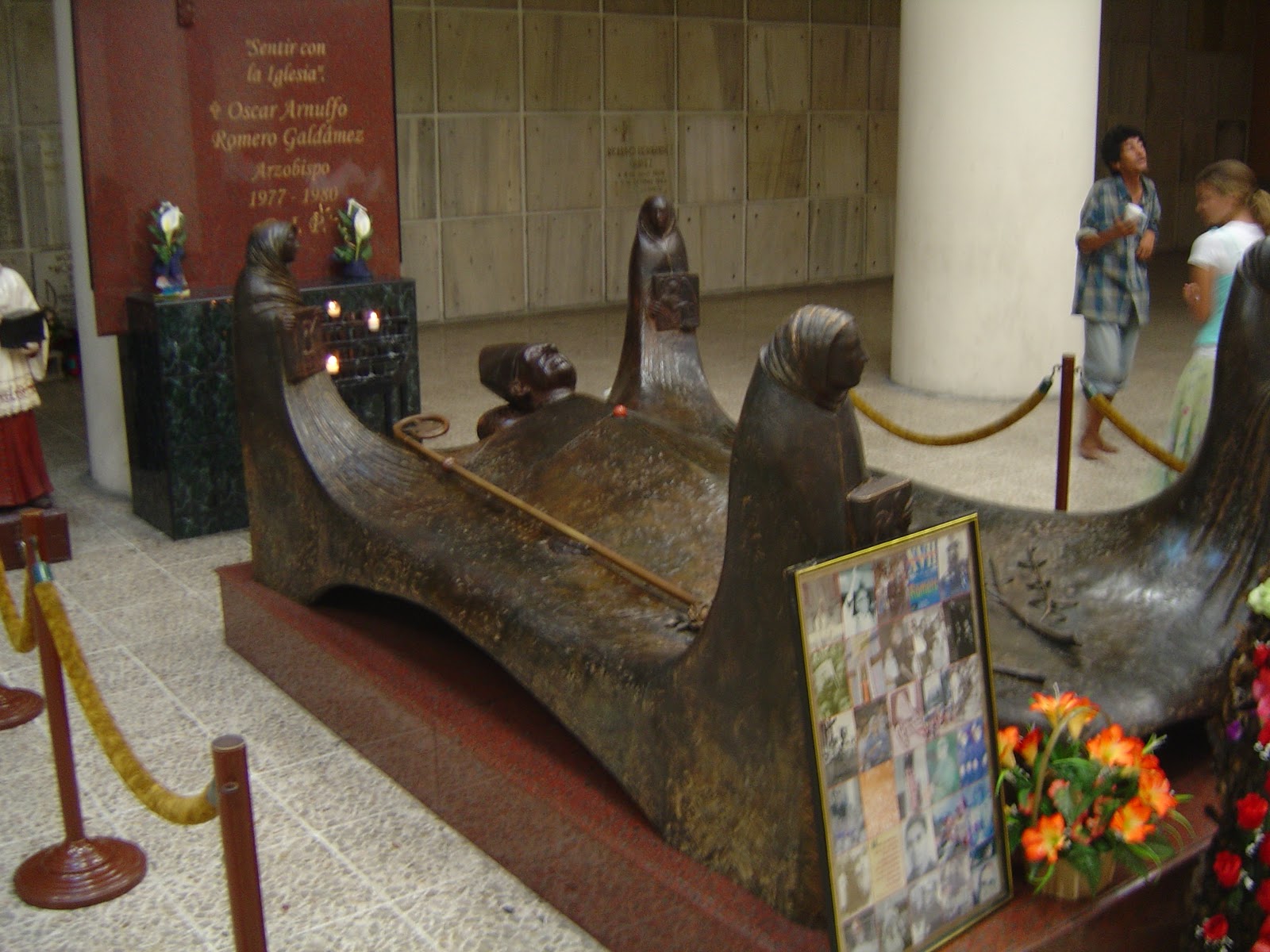 Recognizing El Salvador's Oscar Romero a martyr and a saint has been held up because of politics, but don't blame Pope John Paul II or Pope Benedict. Super Martyrio is the go to source for unofficial details on Archbishop Romero.

Super Martyrio has learned details of the cause that corroborate the legend of a cause of beatification blocked by Vatican authorities on suspicion of doctrinal irregularities and ideological exploitation by the Left. But, according to the information, the legend is wrong in supposing Popes John Paul II and Benedict XVI had “blocked” the cause; in fact, the obstacles came from the Vatican Curia, and Pope Wojtyla in particular gave his support to counter their opposition, while Benedict remained neutral when he was part of the Curia and was favorably inclined as Pope. Although some parts of the narrative had already been aired, dramatic new details illustrate the diversion and almost total obstruction of the cause.

Conservative bishops from Latin America are to "blame" for obstacles that have hindered the canonization of Romero. Pope Francis and his two predecessors were on board.

There are new details emerging but it looks like everything is still consistent with what I wrote in 2010 on the 30th anniversary of Archbishop Oscar Romero's assassination.