BRIC PMIs for January are continuing to show divergence in growth across the four economies. I have covered manufacturing sector trends here: http://trueeconomics.blogspot.ie/2015/02/8215-bric-manufacturing-pmis-one-cold.html.


Chart and summary table below: 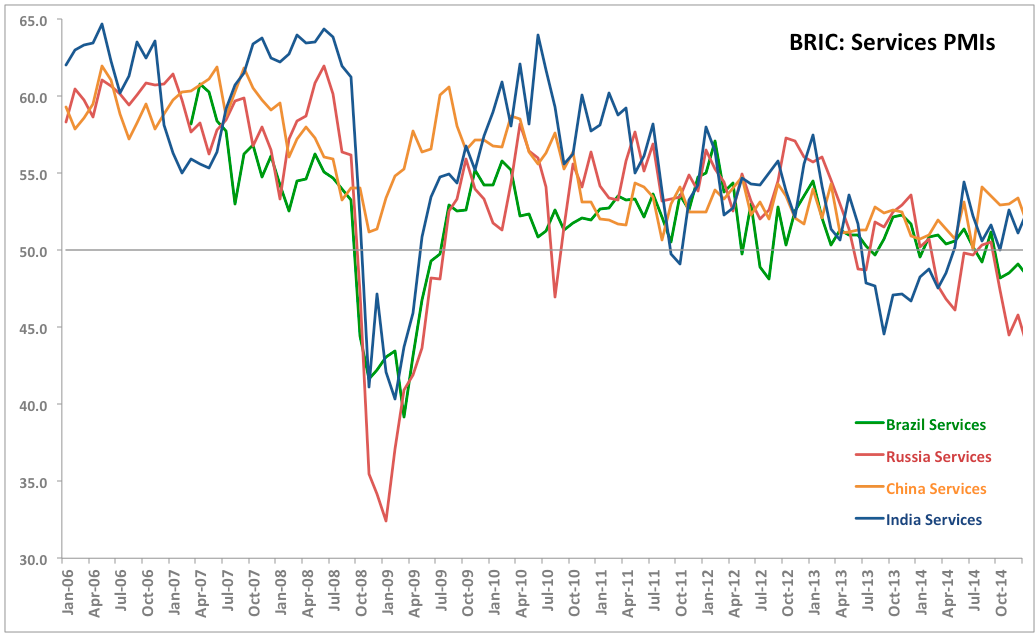