Having covered Manufacturing PMIs and Services PMIs for BRIC economies, let's take a look at the Composite measure of PMIs.

First, combined Composite Measure for all BRIC economies. The measure is based on a sum of Services and Manufacturing PMIs for each country, weighted by the relative size of each economy (as a share of the global GDP, based on IMF data). 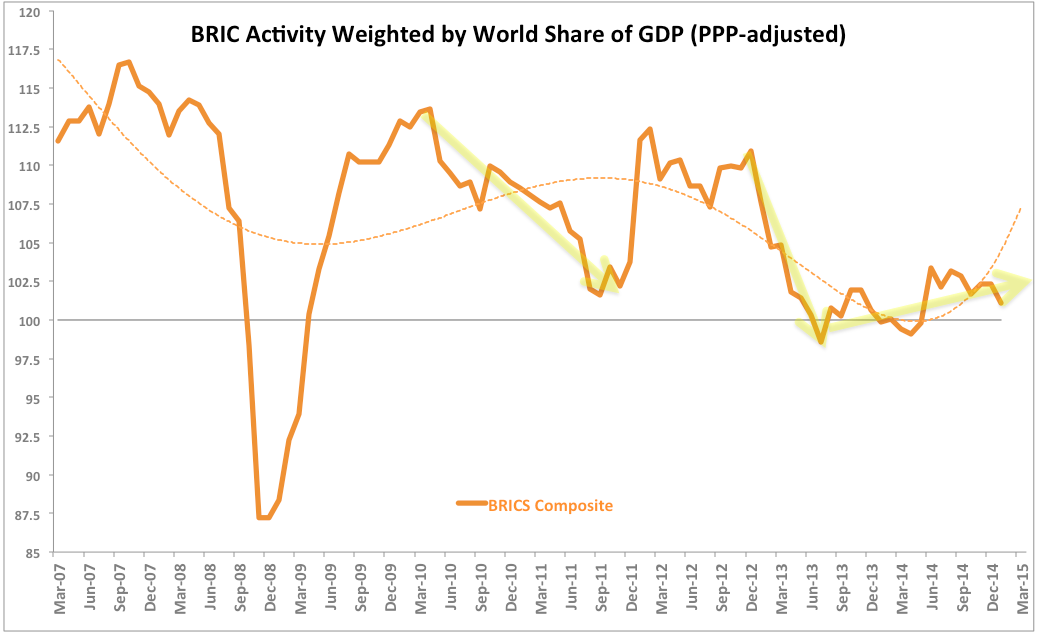 Next, consider disaggregated PMIs for Russia as opposed to BRIC-ex-Russia: 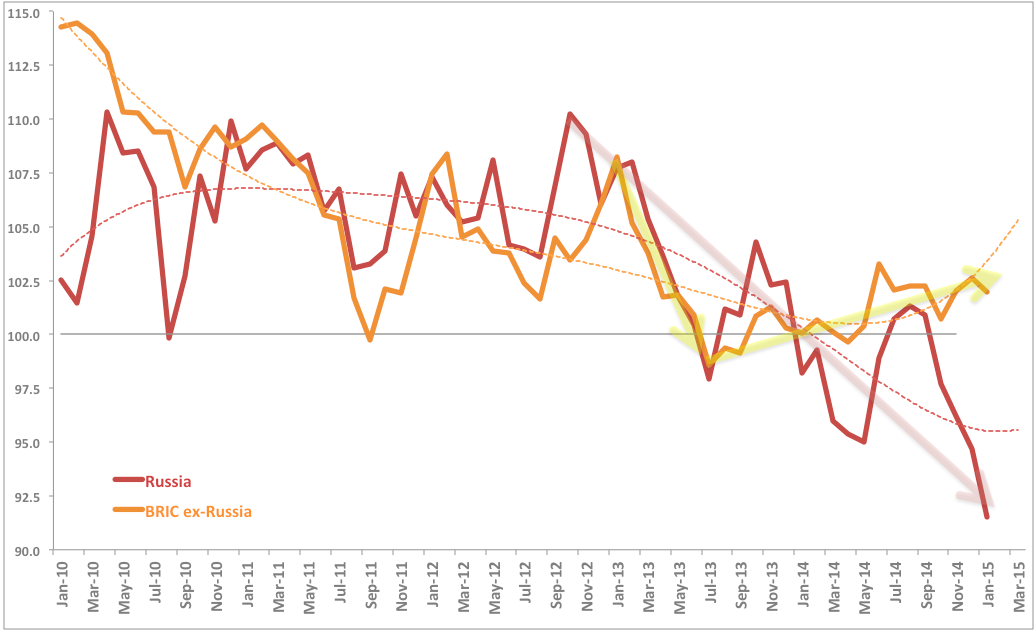 The chart above shows the divergence between Russian PMIs and those of the rest of the BRIC group. This divergence set in in October 2013, well before the start of the Ukrainian crisis in December 2013-January 2014. Nonetheless, even removing Russia out of the equation, BRIC PMIs have slipped in January 2015 compared to December 2014.

Conclusions: Overall trends in BRIC PMIs show weakening of the economic activity in January 2015 compared to December 2014. This weakening does not remove the positive trend established following April 2014 local low in the series, but it does suggest that the recovery trend in PMIs is likely to be much weaker this time around than post September 2011 local low. Meanwhile, Russia is continuing to diverge from the BRIC trend and is showing significant deterioration in activity in January, consistent with expectations of major economic growth pressures in Q1-Q2 2015.