Russian Manufacturing PMI (Markit and HSBC) for January came in at 47.6, below 50.0 (statistically significant sub-50 reading), down from 48.9 in December. This is the second consecutive month of below 50 readings.

The trend remains negative and has been reinforced in January. 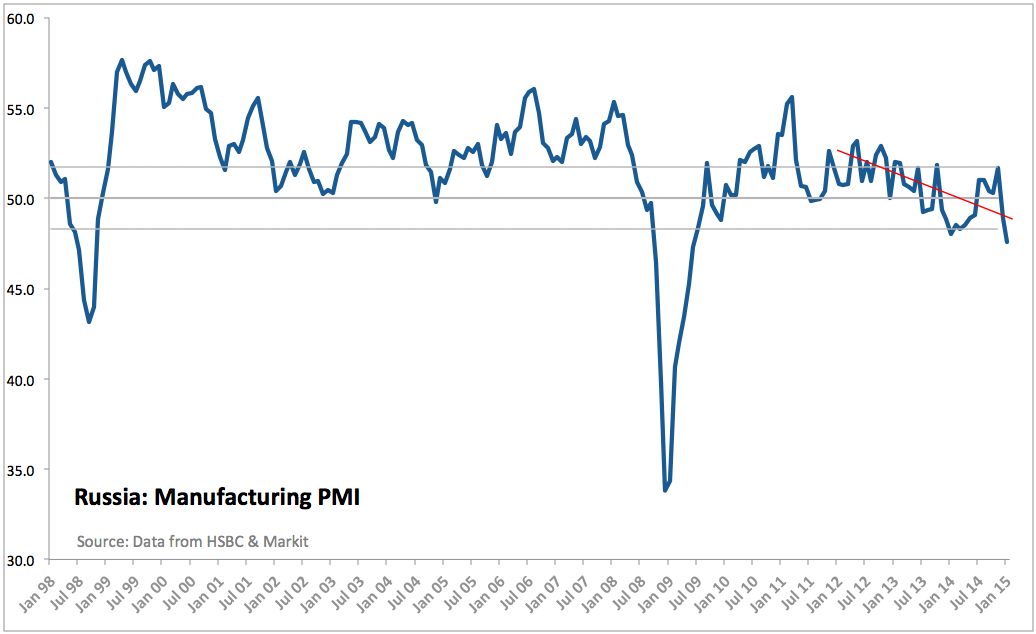