The latest data from Eurocoin - an early growth indicator published by Banca d’Italia and CEPR - shows robust continued growth dynamics for the common currency GDP through August-September 2017. Rising from 0.67 in August to 0.71 in September, Eurocoin posted the highest reading since March 2017 and matched the 3Q 2017 GDP growth projection of 0,67.
The charts below show both the trends in Eurocoin and underlying GDP growth, as well as key policy constraints for the monetary policy forward. 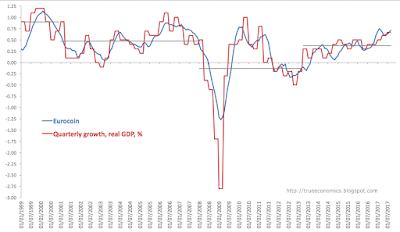 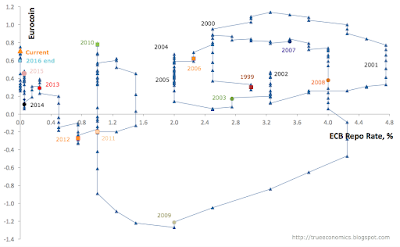 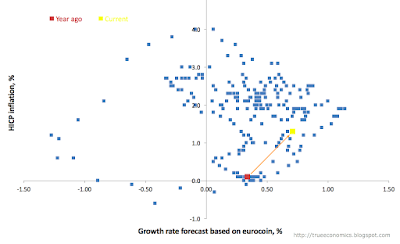 The last chart above shows significant gains in both growth and inflation over the last 12 months, with the euro area economy moving closer to the ECB target zone for higher rates. In fact, current state of unemployment and growth suggests policy rates at around 2.4-3 percent, while inflation is implying ECB rate in the regions of 1.25-1.5 percent.

In summary, euro area recovery continues at relative strength, with growth trending above the post-crisis period average since January 2017, and rising. Inflationary expectations are starting to edge toward the ECB target / tolerance zone, so October ECB meeting should be critical. Signals so far suggests that the ECB will outline core modalities of monetary policy normalisation, which will be further expanded upon before the end of 2017, setting the stage for QE unwinding and some cautious policy rates uplift from the start of 2018.
Eurocoin, Banca d'Italia and CEPR's leading indicator of economic growth in the euro area has slipped in March to 0.72 from 0.75 in February, with indicator remaining at its second highest reading since 2Q 2010. 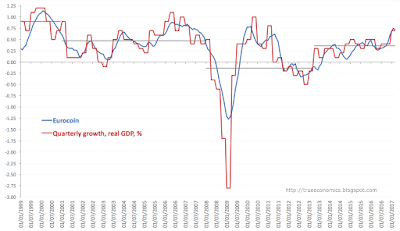 From growth dynamics perspective, the pressure is now on ECB to start tightening monetary policy: 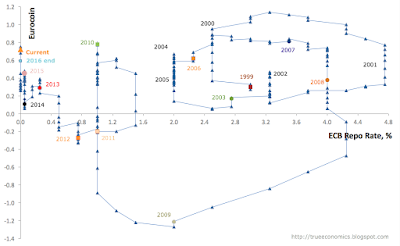 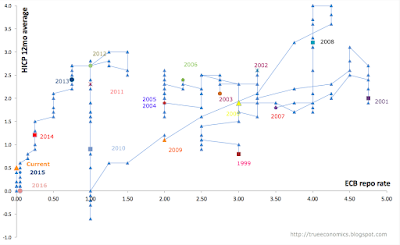 A quick update on Eurocoin, the lead indicator for economic growth in the Euro area. In February, Eurocoin rose from 0.68 in January to 0.75 - hitting the highest level in 83 months and marking 10th consecutive monthly rise. The index has been now in a statistically positive growth territory every month since March 2015. 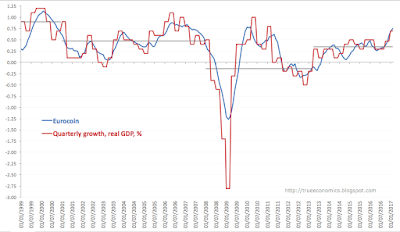 Implied 1Q 2017 GDP growth, as signalled by Eurocoin indicator is now at around 0.7 percent, which, if confirmed, will be the fastest pace of economic expansion since 1Q 2011. 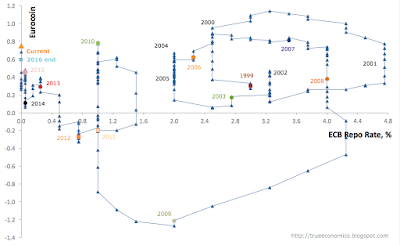 The above chart shows that there is now a mounting pressure on the ECB to taper off its QE programme.

Portugal's Expresso on ECB's TLTROs programme, with quotes from myself (amongst others): 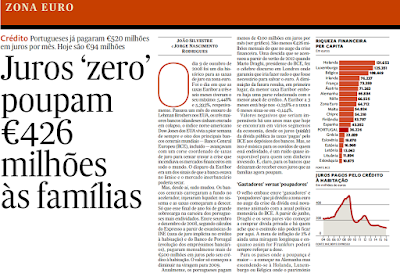 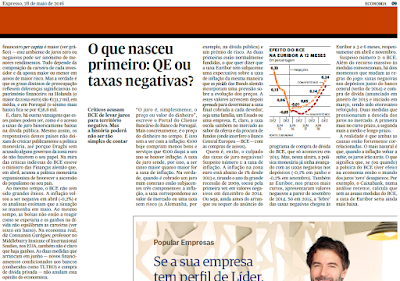 A neat chart from @JPMorgan summarising the dynamics and relative levels of global QE efforts by the activist central banks: 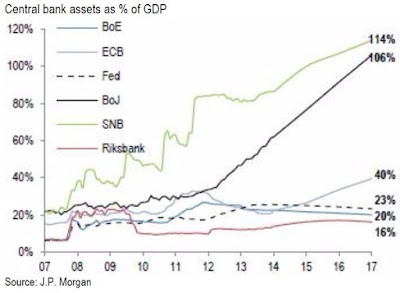 Yes, Swiss National Bank is off the charts (alongside BOJ), and yes, ECB is now running ahead of the Fed. But no, all of this activism ain’t doing any miracles for anyone when it comes to unlocking the growth momentum.