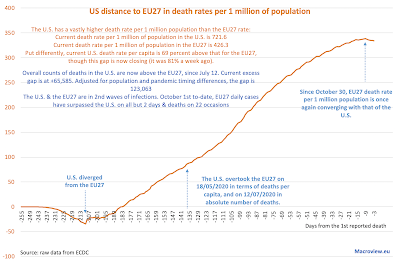 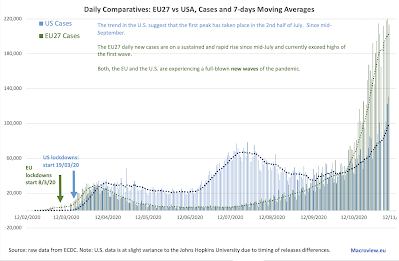 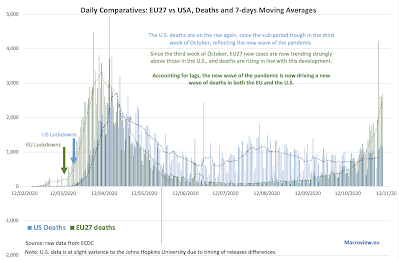 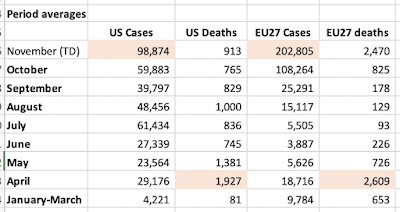 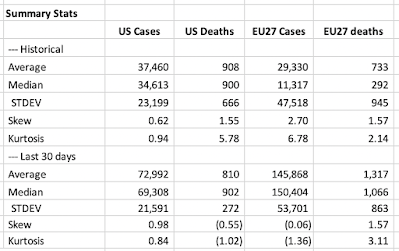 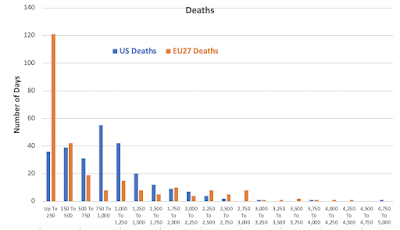 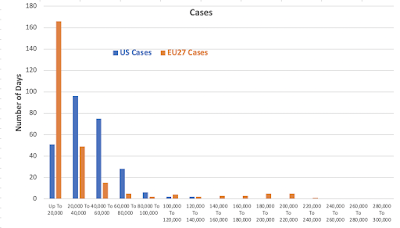 The pandemic is accelerating world-wide and the death toll is now rising at an alarming rate: 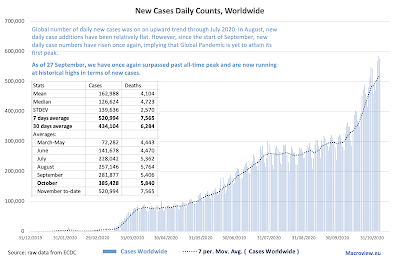 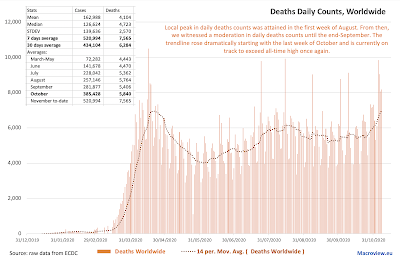 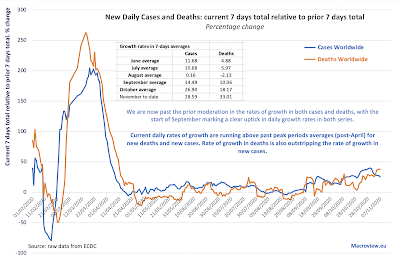 The chart above is the most alarming one: rates of growth in new cases and in daily deaths counts (the second derivative) are well-above their past months' averages. Death toll is rising by a third, daily, on average since the start of November. Covid-denialists have persistently argued that despite increases in the numbers of new cases, deaths were falling (they were not: August was the only month of negative growth in daily deaths). In fact, starting with September, daily deaths, on average, grew by double-digits percentage points, and the rate of growth accelerated in October by 80 percent compared to September.

Global second wave of the pandemic is substantially more deadly (in absolute numbers) than the prior wave.

Russia is experiencing a second wave of the pandemic that started around September 10-12 is still gaining speed in terms of new cases and deaths counts: 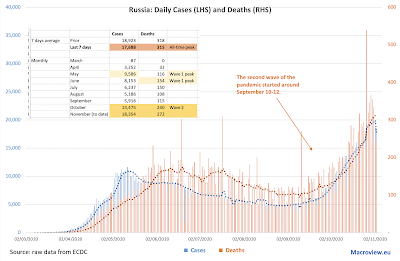 This wave is both deadlier and more severe in terms of new cases than the previous one, although there appears to be less pressure on the public health system so far. Nonetheless, November data to-date shows much higher daily average new infections (subject, partially, to higher rates of testing), and higher daily deaths counts (clearly not accounted for by higher testing): 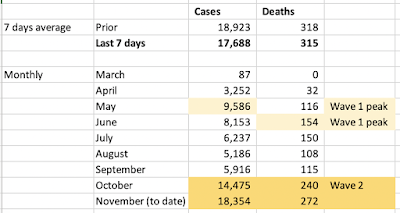 Comparatively, Russia is performing relatively ok, when set against other BRIICS and the U.S. and the EU27 experiences: 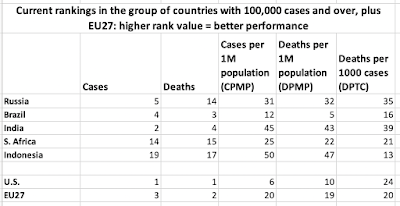 Both, the U.S. and the EU27 are currently in the new wave of the pandemic (more on this later). That said, across three key metrics: new cases per capita, deaths per capita and deaths per case:

The pandemic is once again re-accelerating worldwide: 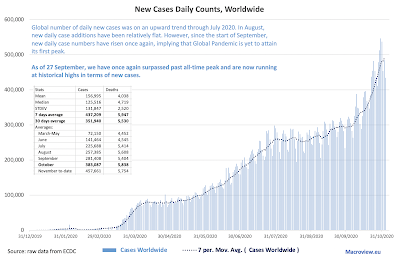 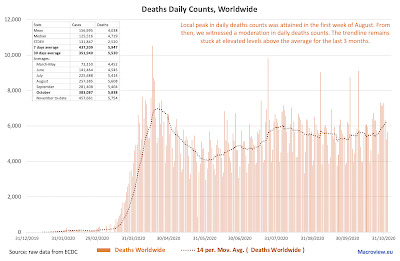 Increasing death counts above the relatively stable trend/average of the prior three months is worrying. Growth rates in new infections and new deaths in October and in the first three days of November are also out of line with past months' experience: 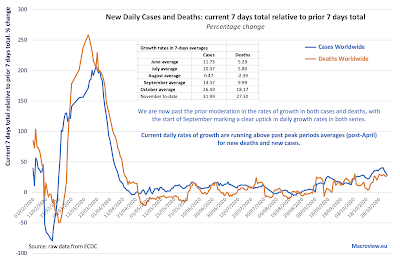 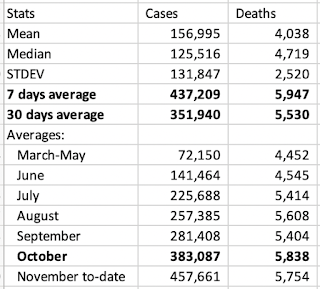 Despite relative easing of public anxiety over the public health risks, COVID19 pandemic remains on a full-blown expansionary path and the recent dramatic - exponential - rise in new cases, whilst in part driven by improved testing, is now showing signs of lifting up daily deaths counts, with new deaths coming in at above March-September averages in October and in the first days of November.