Five weeks ago, we served notice that we were going to be taking on the world's best economic forecasters and the Federal Reserve in anticipating the level of GDP in the United States during the first quarter of 2015 (2015-Q1) and that we would win.

One week later, we went meta - forecasting how the BEA's first estimate of 2015-Q1's GDP would itself be reported:

What we think is likely is that when the U.S. Bureau of Economic Analysis begins reporting its official estimates of U.S. GDP growth in 2015-Q1 near the end of April 2015, it will initially announce a positive figure that will be subsequently revised lower over the next two estimates as it catches up with delayed data reporting.

Let's just say that all would seem to be proceeding as we have foreseen, as unfolding events have eliminated most of the world's "Blue Chip" economic forecasters from serious consideration in this competition, clearing nearly all of the other competitors from the field!

The U.S. economy’s sharp slowdown in the first three months of the year may have caught almost all Wall Street forecasters off guard. But it didn’t surprise the Federal Reserve Bank of Atlanta.

The regional Fed bank’s frequently updated GDPNow forecast proved to be one of the most reliable indications of where first-quarter growth would stand. The Commerce Department reported Wednesday that the economy grew at a mere 0.2% annual rate, against Wall Street expectations of a 1% gain. When most private sector forecasters were overestimating growth, the Atlanta Fed gauge, last updated on Friday, had growth in gross domestic product pegged at 0.1% for the quarter.

The GDPNow gauge has been warning of weakness in the first quarter for some time. That notion was not by itself controversial, as most forecasters and Fed officials saw a weak 2015 kickoff. But the Atlanta Fed proved to be standout when it came to accurately quantifying how much trouble the economy had on its hands.

The difference, of course, is that the Federal Reserve's GDPNow forecast team took weeks to even get close to that assessment, incorporating new data whenever it was reported and revising their forecast for the 2015-Q1 accordingly. We got to our assessment for how the first quarter of 2015 would turn out a lot more quickly with a lot less effort.

But the competition is still not over. We have at least two more revisions to 2015-Q1's GDP before we can claim complete victory for our forecast that the U.S. economy actually contracted during the quarter, recording a negative growth rate. Should that happen, we'll be almost completely alone in a forecasting victory instead of sharing the crown for being just inside the innermost ring of the target for accuracy with just the few remaining contenders. Or rather, it will be just us and Mish, who coincidentally has also been predicting a negative outcome for 2015-Q1's GDP since January 2015.

The Atlanta Fed wasn’t the only one to be right about growth, but it had little company. In a Wall Street Journal survey, financial firm Raymond James predicted a 0.2% rise, while research company Wrightson ICAP forecast a 0.4% gain.

A number of Wall Street economists had praise for what the Atlanta Fed is trying to do. “I pay attention to it,” said Eric Green, an economist with TD Securities. He noted that it’s been doing a better job of other growth-tracking tools. Take, for example, the tracking estimate provided by forecasting firm Macroeconomic Advisers, which on Friday pegged first-quarter growth at a 1.4% rate.

To be fair, forecasting the total pace of growth in the U.S. economy is always a challenging task, with forecasters regularly missing the mark. What’s more, forecasters are trying to hit a moving target as GDP data undergoes a sustained cycle of revisions that can dramatically alter what was originally reported. The government’s next estimate of first-quarter growth comes in late May.

And then there will be third estimate released in late June and perhaps yet another revision in late July before all the dust for 2015-Q1's GDP reading is finally settled.

Meanwhile, we should note that the majority of the so-called "Blue Chip" forecasters aren't even the biggest losers in the competition to date.

Going back to 7 January 2015, you really have to feel sorry for the people who relied upon "most economists" or President Obama's Council of Economic Advisors to get their sense of the state of the U.S. economy going into the first quarter of 2015.

We certainly feel sorry for them! 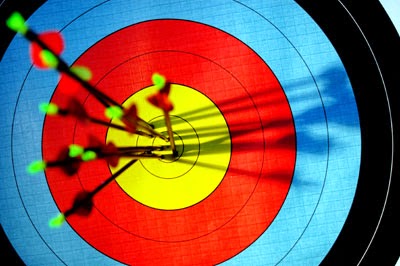