Irish Services PMI (Markit & Investec) for April posted slightly lower rate of growth in the sector compared to March, declining marginally to 60.9 from 60.6 a month ago. Current reading marks the 14th consecutive month of Services PMI above 60.0 and 33rd consecutive above 50.0 reading, so not surprisingly, the sector is running hot.


Stripping out some volatility: 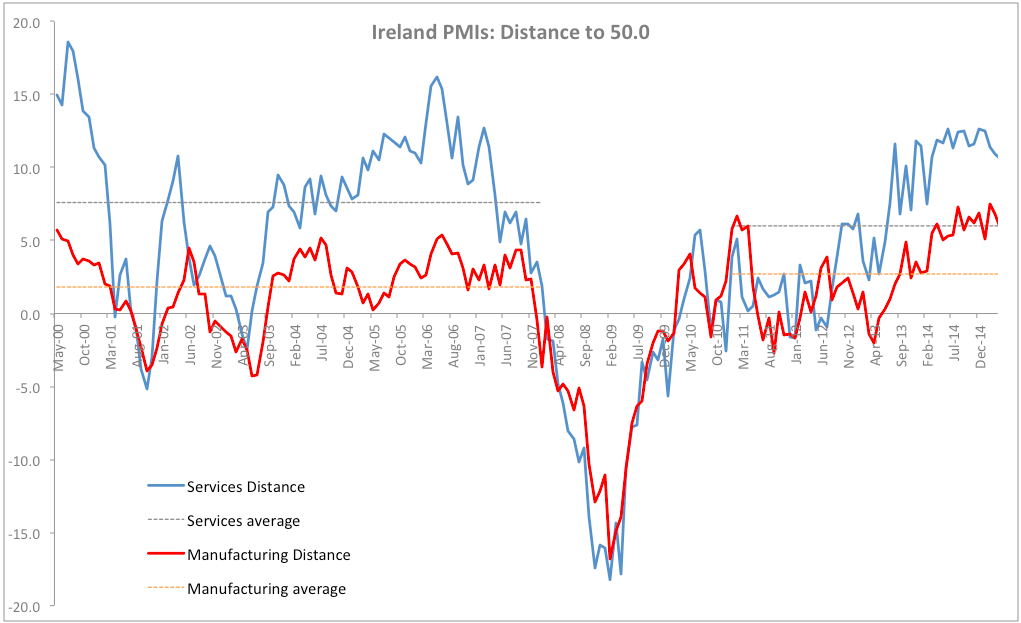 In April, both Services and Manufacturing PMIs posted some marginal slowdown in activity compared to April 2014. Services PMI slipped from 61.9 to 60.6 and Manufacturing PMI declined from 56.1 to 55.8. Nonetheless, both series have now been jointly trending above 50.0 for 23 months, which is a solid performance. 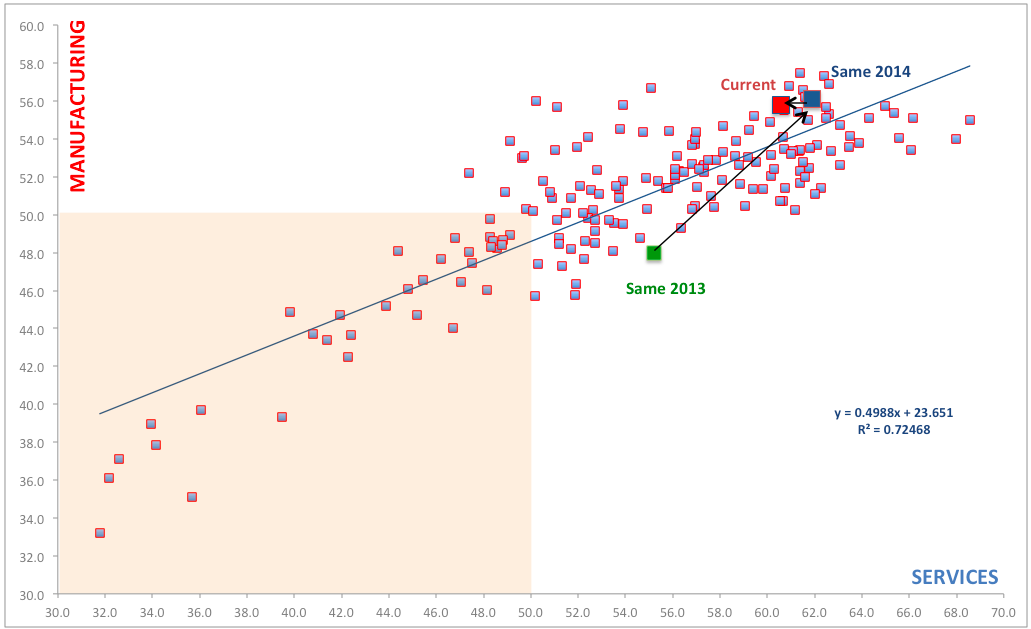 Irish Manufacturing PMI is out today for April (compiled by Markit, sponsored by Investec), posting another strong reading at 55.8, 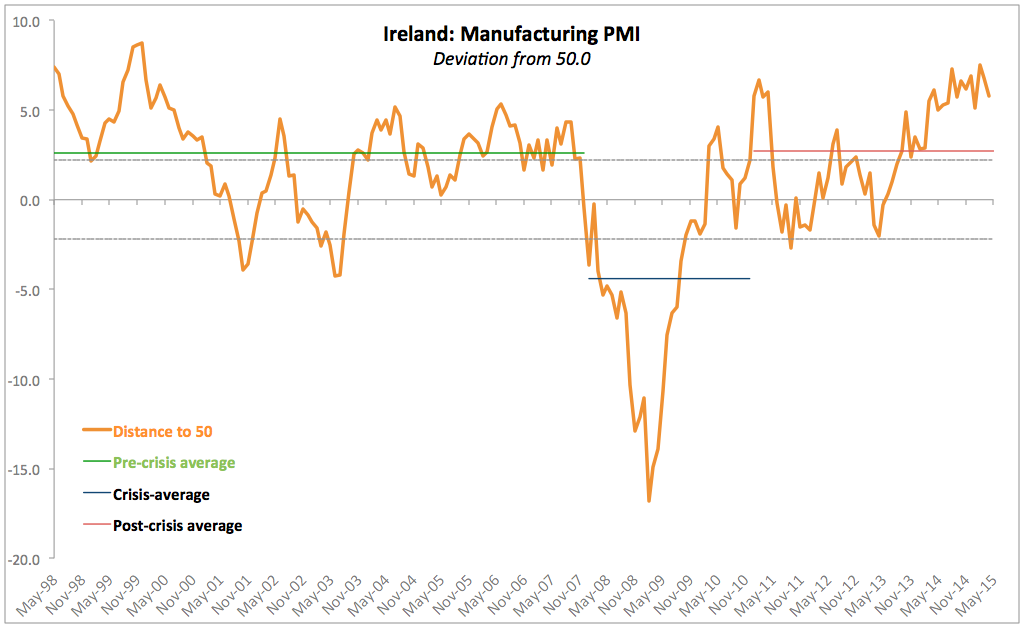 As the chart above indicates, current 12mo average is at robust 56.1 and 3mo average is 56.7. In 3mo through January 2015, the indicator averaged 56.1, which suggests the latest 3mo performance was stronger then the previous one. 3mo average through April 2015 is well ahead of the same period average for 2014 (54.8) and 2013 (49.4). Overall, these are strong numbers, although much of the spectacular growth is probably accounted for by the fabled Contract Manufacturing schemes that are used by some MNCs to book value added for production taking else where into Ireland for tax purposes.

April reading continues the period - 20 months and counting - of continued readings that are statistically significantly above 50.0. However, momentum growth is weakening and remains static from around August 2014. Still, this is the second order derivative, with the overall rate of growth being signalled by the PMI remaining robust. 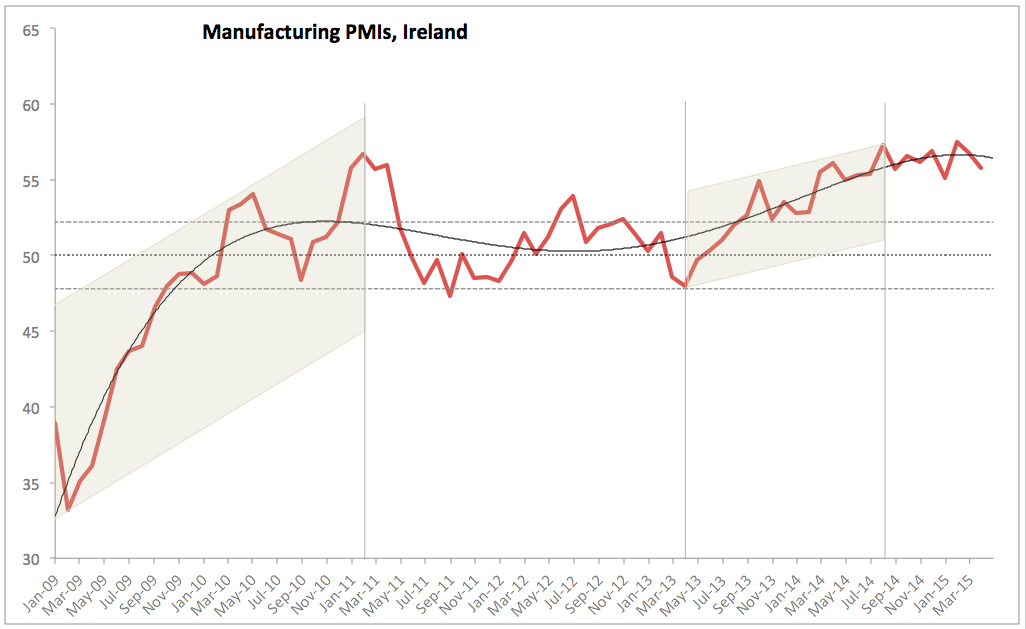