Here are some select slides from my presentation at this week's Alltech's Rebelation conference in Lexington, KY. 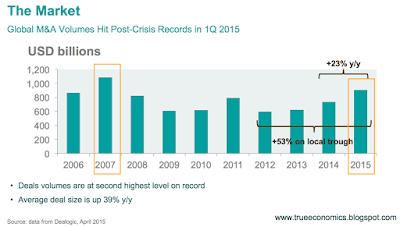 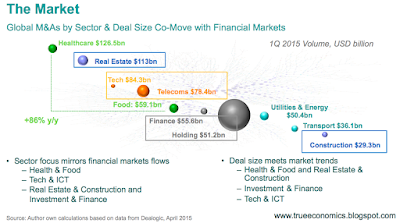 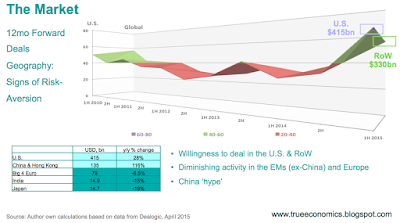 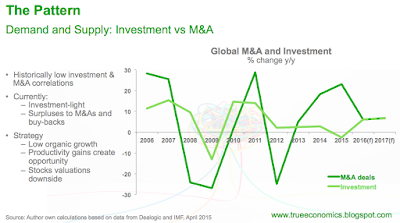 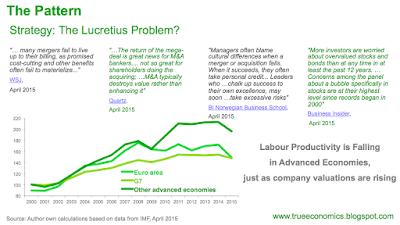 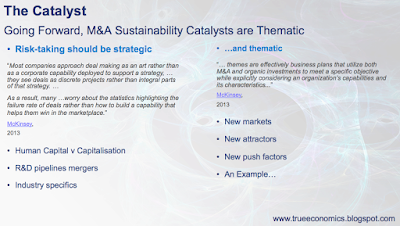 There is a scary, fully frightening presentation out there. Titled "The international monetary and financial system: Its Achilles heel and what to do about it" and authored by Claudio Borio of the Bank for International Settlements, it was delivered at the Institute for New Economic Thinking (INET) “2015 Annual Conference: Liberté, Égalité, Fragilité” Paris, on 8-11 April 2015.


The manifestations of this are:


So Borio's view (and I agree with him 100%) is that policymakers' "focus should be more on FIs than current account imbalances". Problem is, European policymakers and analysts have a strong penchant for ignoring the former and focusing exclusively on the latter.

Wonder why Borio is right? Because real imbalances (actual recessions) are much shallower than financial crises. And the latter are getting worse. Here's the US evidence: 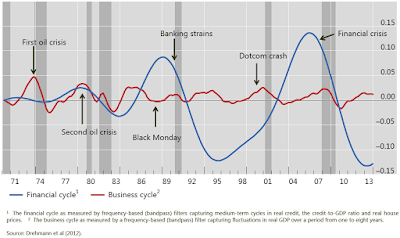 Now, some think this is the proverbial Scary Chart because it shows how things got worse. But surely, the Real Scary Chart must reference the problem today and posit it into tomorrow, right? Well, hold on, for the imbalances responsible for the last blue line swing up in the chart above are not going away. In fact, the financial imbalance are getting stronger. Take a look at the following chart: 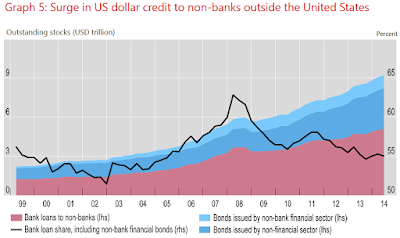 Note: Bank loans include cross-border and locally extended loans to non-banks outside the United States.

Get the point? Take 2008 crisis peak when USD swap lines were feeding all foreign banks operations in the U.S. and USD credit was around USD6 trillion. Since 'repairs' were completed across the European and other Western banking and financial systems, the pile of debt denominated in the USD has… increased. By mid-2014 it reached above USD9 trillion. That is 50% growth in under 6 years.

However, the above is USD stuff... the Really Really Scary Chart should up the ante on the one above and show the same happening broader, outside just the USD loans.

So behold the real Dracula popping his head from the darkness of the Monetary Stability graveyards: 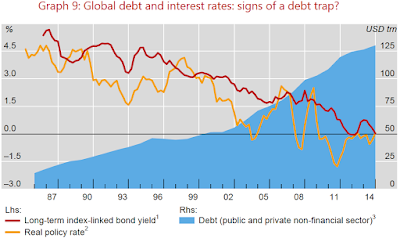 Yep.  Now we have it: debt (already in an overhang) is rising, systemically, unhindered, as cost of debt falls. Like a drug addict faced with a flood of cheap crack on the market, the global economy continues to go back to the needle. Over and over and over again.

Anyone up for a reversal of the yields? Jump straight to the first chart… and hold onto your seats, for the next upswing in the blue line is already well underway. And this time it will be again different... to the upside...
A heated, if perhaps somewhat esoteric debate has been launched by Dan Loeb of the Third Point hedge fund and Warren Buffett. The debate as to whether or not hedge funds are capable of outperforming the market and whether or not Warren Buffett is a hypocrite.

You can read on this here: http://www.zerohedge.com/news/2015-05-07/dan-loeb-slams-buffett-being-habitual-hypocrite

But what you won't read in the post above is that the debate is superficial at best. The problem is: