In previous post I covered BRIC Manufacturing PMI for April (http://trueeconomics.blogspot.ie/2015/05/5515-bric-manufacturing-pmi-further.html), so now let's take a look at the Services PMIs. 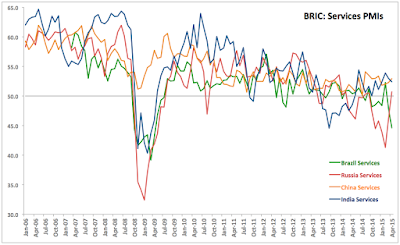 Combining the two sectors, overall activity in the BRIC economies suggests temporary (for now) convergence of Russian composite indicator to the upside, against BRIC ex-Russia indicator to the downside. 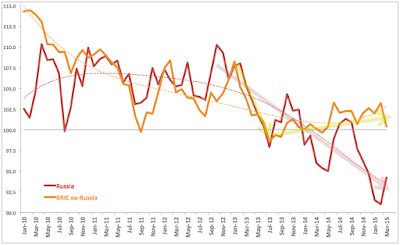 Once we take into account relive sizes of each BRIC economy in the global economy, BRIC group contribution to global growth appears to continue trending to the downside, as shown below: 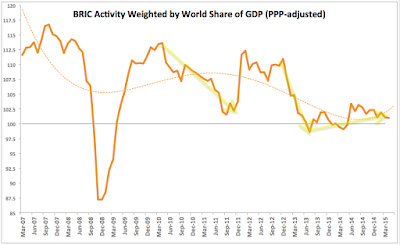